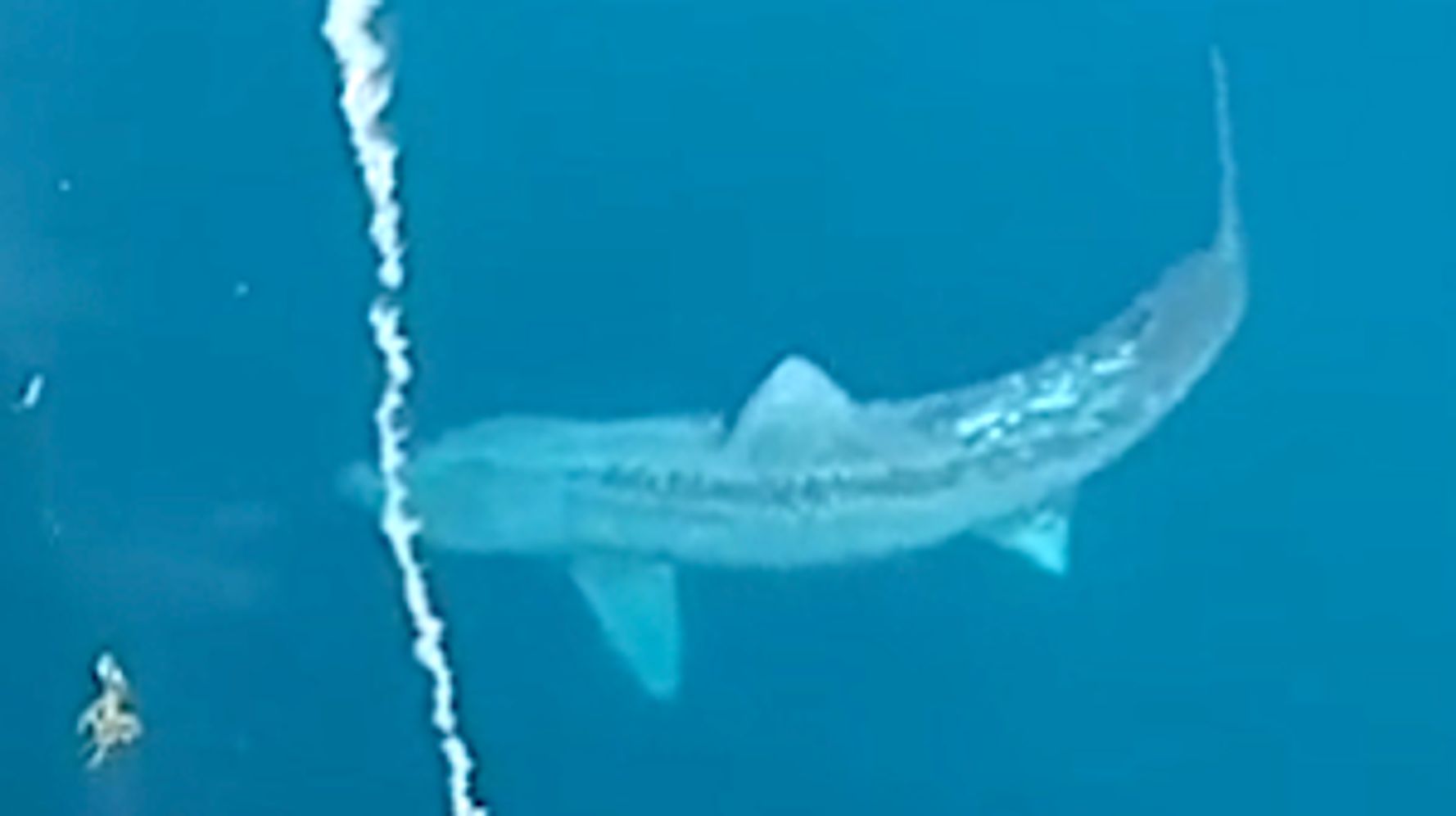 A jaw-droppingly large shark cruising by a sailboat off the East Coast gave seafaring college students the thrill of a lifetime.

Student Alex Albrecht captured the creature on film from the rigging of the SSV Corwith Cramer and posted it to TikTok on Tuesday. The video had been viewed more than 50 million times by Thursday.

Albrecht spotted the creature while doing a Sea Education Association program on marine biodiversity on the boat, which sailed from Florida to Woods Hole, Massachusetts.

“Sailed six weeks in the atlantic saw this big fucking shark,” Albrecht wrote in the caption of the video.

Others in the film can be heard screaming and saying, “Oh, my God!”

“We could climb up into the rigging whenever we wanted, and I was lucky enough to see the shark from up there. When I first saw it, I was frozen with awe, then yelled down ‘big ass shark’ to the people on the deck below,” Albrecht told Newsweek.

“I’d never seen one before, but a shipmate saw one from aloft a few days before. We thought it was about 25 feet long but [it] easily could have been a bit longer. We saw it for probably less than five minutes before it swam away.”

The giant creature was a basking shark, animals that typically grow up to 26 feet and 11,000 pounds.

The slow-moving sharks, whose jaws can expand to three feet wide, are filter feeders who devour plankton.

The students listed the sighting on a blog earlier this month as one of their favorite experiences of the voyage.

“There have been so many incredible moments to define this trip, but today there were two moments when the collective Corwith Cramer stoke tank was absolutely overflowing: two giant basking sharks swimming along with us and whales lifting their tails out of the water to wave hello to all those who tried their hand at whale communication,” noted bloggers in the May 15 post.