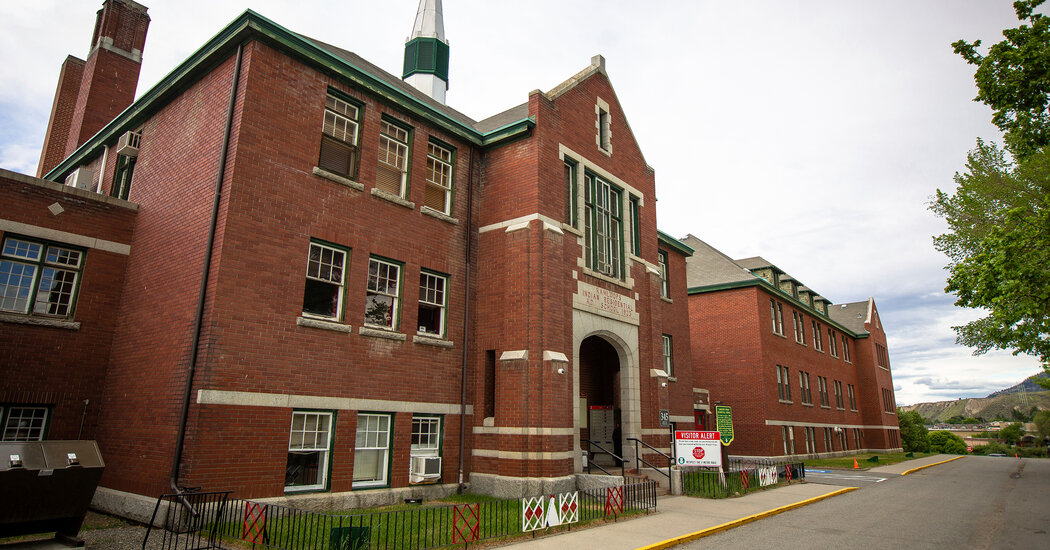 OTTAWA — An Indigenous community in British Columbia says it has found a mass grave containing the remains of 215 children on the grounds of a former residential school.

Chief Rosanne Casimir of the Tk’emlups te Secwepemc First Nation said in a statement that ground-penetrating radar discovered the remains near the site of the Kamloops Indian Residential School, which operated from 1890 until 1978.

It was, the statement said, “an unthinkable loss that was spoken about but never documented.”

Canada long had a system of residential schools, mostly operated by churches, that Indigenous children were forced to attend.

A national Truth and Reconciliation Commission concluded in 2015 that it was a program of “cultural genocide.” The use of Indigenous languages was banned, sometimes violently, at the schools, as were Indigenous cultural practices.

The commission also concluded that at least 4,100 students died while attending the schools, many of them from mistreatment or neglect, others from disease or accident. It found that in many cases, families never learned the fate of their children who are now known as the missing children.