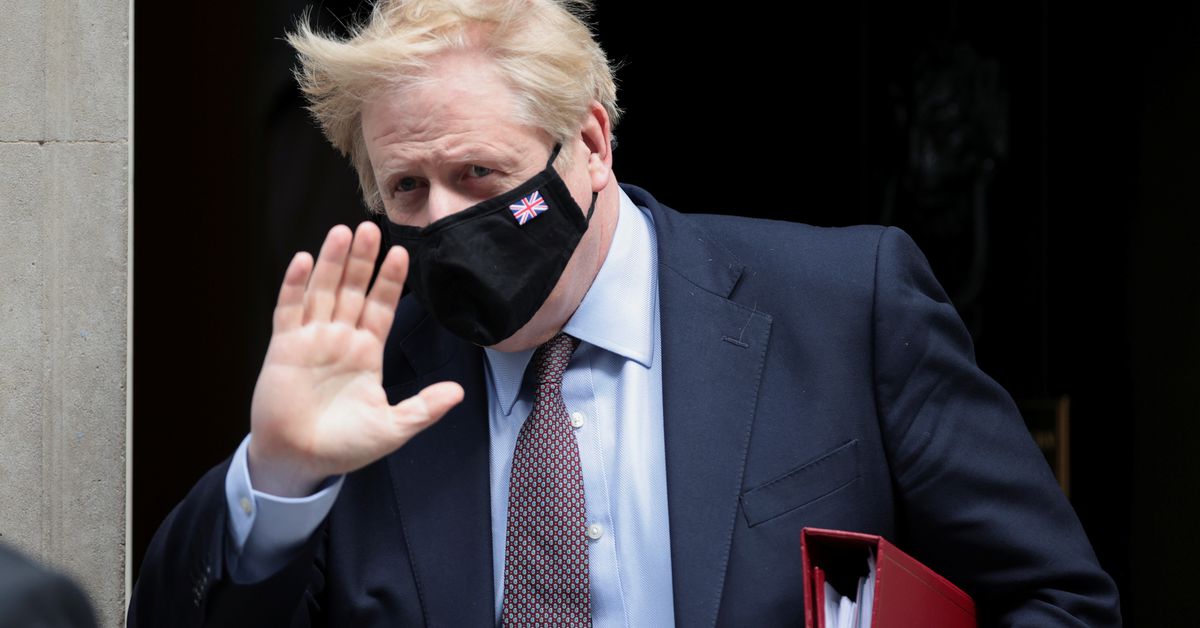 British Prime Minister Boris Johnson on Thursday brushed aside allegations from his former chief aide that his failings had caused tens of thousands of unnecessary deaths from COVID-19, saying “some of the commentary” bore no relation to reality.

Dominic Cummings, who was Johnson’s right-hand man until late last year, delivered a withering attack on his former boss during seven hours of testimony before a parliamentary committee on Wednesday, casting Johnson as incompetent, disorganised and unfit to be the prime minister. read more

With almost 128,000 deaths, the United Kingdom has the world’s fifth highest official COVID-19 toll, far higher than the government’s initial worst-case estimates of 20,000. Cummings said the government’s ineptitude and delay led to many more deaths than necessary.

Asked if that accusation was true, Johnson said: “No, I don’t think so, but of course this has been an incredibly difficult series of decisions, none of which we’ve taken lightly.

“We’ve followed to the best we can, the data and the guidance that we’ve had.”

NO ‘RELATION TO REALITY’

Johnson’s poll ratings have rebounded sharply this year following a fast rollout of vaccines, despite an initial response to the pandemic last year that produced a higher death toll than in some comparable European countries.

During seven hours of explosive testimony, Cummings said Johnson had dismissed the virus as a scare story and likened the prime minister to an out-of-control shopping cart. read more

“Some of the commentary I’ve heard doesn’t bear any relation to reality,” Johnson told reporters, saying the public wanted the government to focus on taking the country out of the pandemic lockdown.

Asked about the allegation from Cummings that Johnson had said he would rather “let the bodies pile high” than impose a second lockdown, an accusation he has previously denied, the prime minister merely said: “I make no comment on it.”

Health minister Matt Hancock also hit back at Cummings on Thursday after the former aide accused him of repeatedly lying to colleagues and the public about the government’s response.

“I welcome the opportunity … to put formally on the record that these unsubstantiated allegations around honesty are not true, and that I’ve been straight with people in public and in private throughout,” Hancock told parliament.

One of the most damning allegations from Cummings was that Hancock vowed to test all those moving to a care home from hospital, but that failed to happen, meaning it was nonsense to suggest the government had thrown a “protective ring” around homes for the elderly. read more

Hancock told a news conference later on Thursday that he had committed to the plan but needed to build the capacity first.

“We were able to introduce the policy of testing everybody before going to care homes, but we could only do that once we had the testing capacity,” he said.

The opposition Labour Party said Hancock should lose his job if he lied. But lawmakers from Johnson’s governing Conservative Party rallied around him in parliament.

Jeremy Hunt, a Conservative former health secretary and co-chairman of the committee at which Cummings had appeared, said the former aide’s accusations should be treated as unproven until there was evidence to back them up.