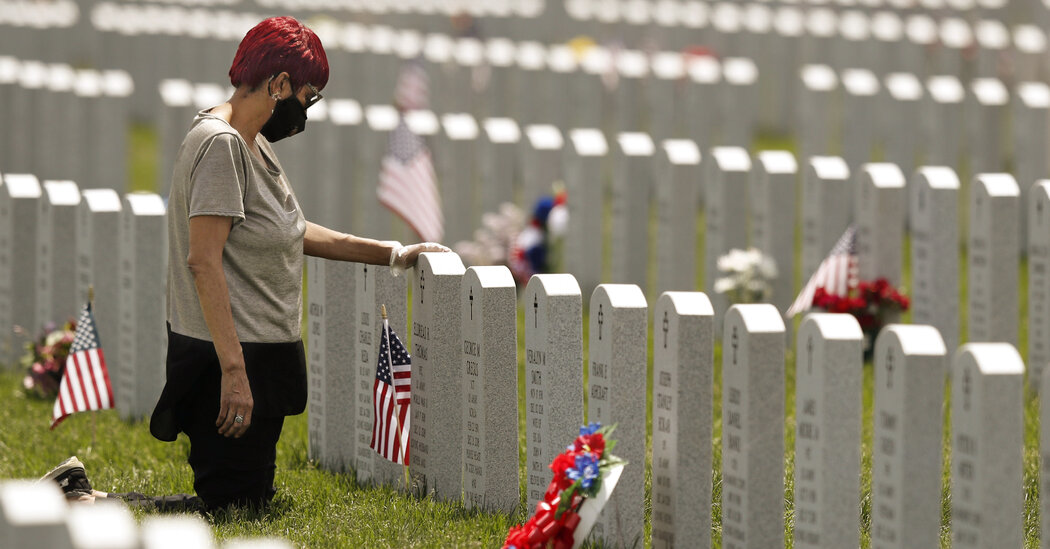 Missouri’s governor, a Republican, reopened all remaining businesses this month and directed all state workers to return to offices for in-person work. Texas went even further, banning public schools and local governments from requiring masks.

“If somebody wants to wear a mask, that is their personal choice,” he said.

As political leaders embrace policies aimed at returning to normalcy, the vaccines are accentuating a chasm between the United States — where the shots are widely available and where doses are being offered to children — and other nations, such as Brazil and India, where the virus is still raging and vaccines are in short supply.

There are also reminders around the United States that the pandemic, and the partisan positioning around the crisis, remain far from over. The pace of vaccinations has declined sharply since mid-April, with providers administering about 1.7 million doses per day on average, about a 50 percent decrease from the peak of 3.38 million reported on April 13. As the Biden administration has shifted its vaccine strategy to more local and personalized efforts, states are trying different tactics, including offering $1 million vaccine lottery prizes and other incentives.

Gov. Andrew M. Cuomo of New York ordered flags to be flown at half-staff in remembrance of the frontline workers who died during the pandemic, only to have a top Republican leader in the State Senate demand an apology from the governor for such a move during a holiday honoring soldiers.

A year ago, President Donald J. Trump mocked Mr. Biden for appearing in public with a face mask. Some states that moved early to reopen, such as Arizona, Florida and Texas, were slammed with a surge in cases weeks later.

Dr. Diekema, the Iowa epidemiologist, said he hoped that the resurgence of the virus last summer would serve as a reminder of the risks to unvaccinated people.