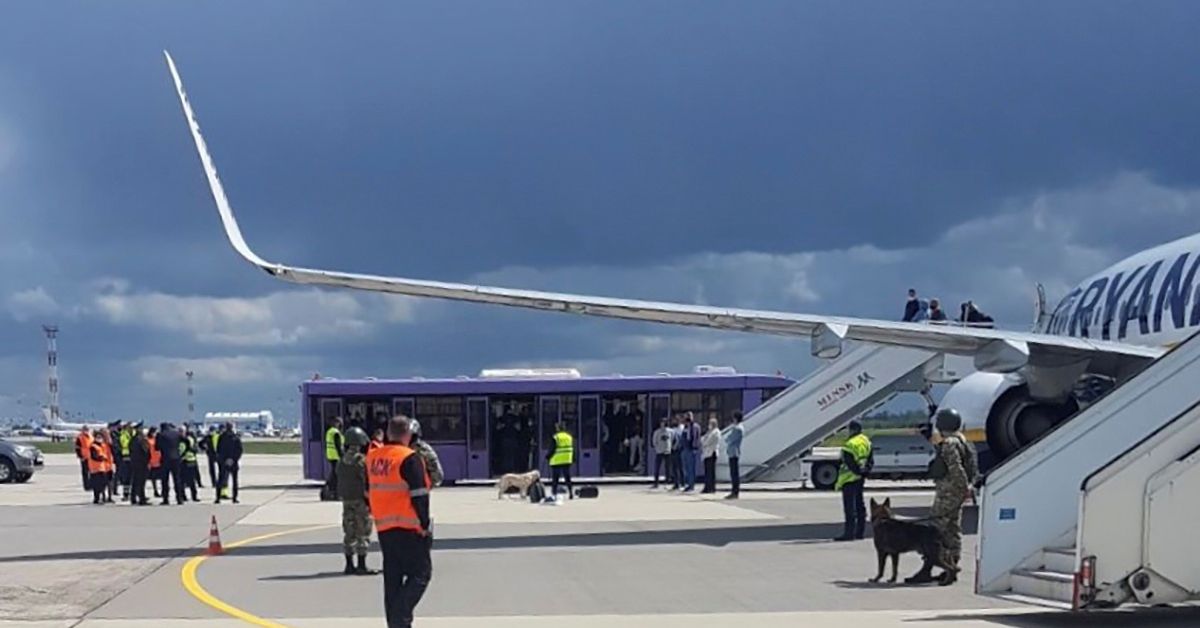 Airport personnel and security forces are seen on the tarmac in front of a Ryanair flight which was forced to land in Minsk, Belarus, May 23, 2021. Handout via REUTERS

Belarusian air traffic control refused a request by a Ryanair pilot to contact the airline after being told of an alleged bomb threat, leaving him with no alternative but to land in Minsk, the Irish carrier said in a letter seen by Reuters.

Belarus scrambled a warplane on Sunday and used the bomb alert, which turned out to be fictitious, to divert the flight, which was en route from Greece to Lithuania. When it landed in Minsk, a dissident journalist and his girlfriend were arrested. read more

In a letter to the Belarus transport ministry dated May 26, Ryanair Chief Executive described previous correspondence from Belarusian officials as “false and inaccurate” and said the plane had been “unlawfully diverted under false pretences”.

“The pilot in command was left with no alternative but to divert to Minsk, when he was advised by Minsk ATC (Air Traffic Control) that there was a credible bomb threat to the aircraft, yet Minsk ATC refused to contact Ryanair, falsely claimed that Ryanair Ops would not answer the phone,” the letter said.

The pilot repeatedly requested information about the alleged bomb threat before ultimately agreeing to land in Minsk, according to a transcript released on Tuesday by authorities in Belarus. read more

Ryanair did not respond to an emailed request for comment.

Western countries have described the incident, which triggered swift European Union sanctions and an investigation, as a hijacking or air piracy. read more