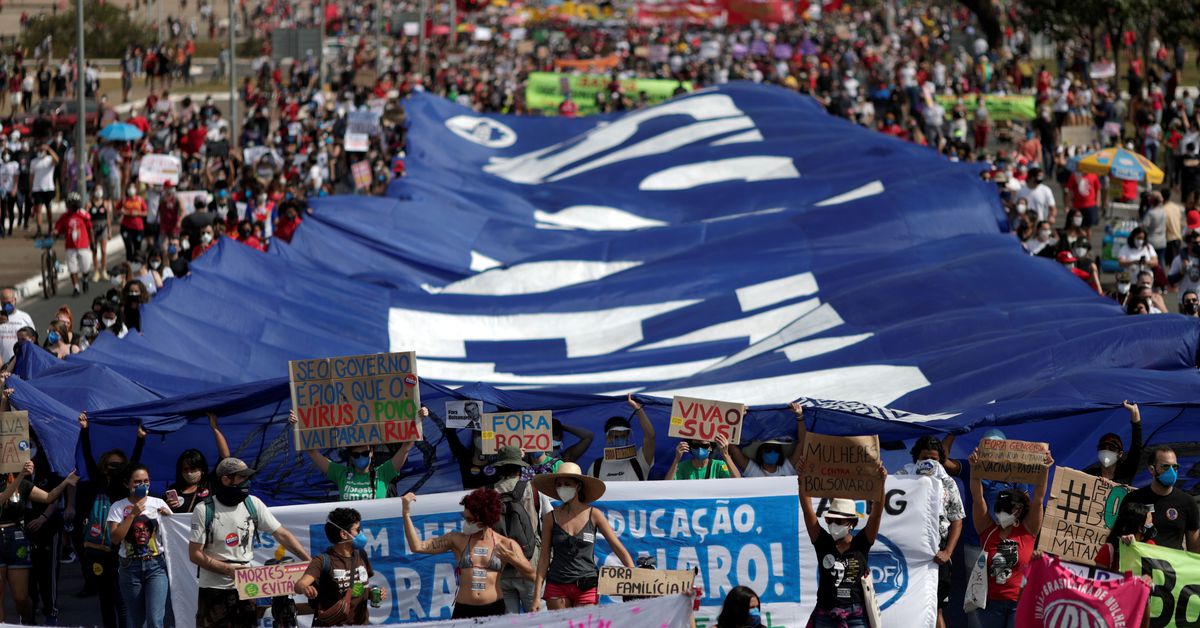 Brazilians staged protests against President Jair Bolsonaro’s handling of the COVID-19 pandemic in at least 16 cities across the country on Saturday, carrying signs such as “Out with Bolsonaro” and “Impeachment now.”

Bolsonaro’s popularity has plummeted during the coronavirus crisis, which has killed more than 450,000 Brazilians as the far-right leader played down its severity, dismissed mask wearing and cast doubt on the importance of vaccines.

Organized by leftist political parties, unions and student associations, Saturday’s protests in the capital Brasilia and in Rio de Janeiro were peaceful, but in the northeastern city of Recife, police threw tear gas and shot rubber bullets.

Most protesters wore masks and tried to observe social distancing protocols, not always successfully, as they called for faster vaccinations countrywide.

Some protests, like the one in Rio, included images of former leftist president Luis Inacio Lula da Silva wearing the presidential sash.

Earlier in May, Lula met centrist Fernando Henrique Cardoso, also a two-term former president, for lunch in a public show of their common purpose to block Bolsonaro from gaining a second term in next year’s presidential election. read more

Protests were expected in Brazil’s largest city, Sao Paulo, later in the day.