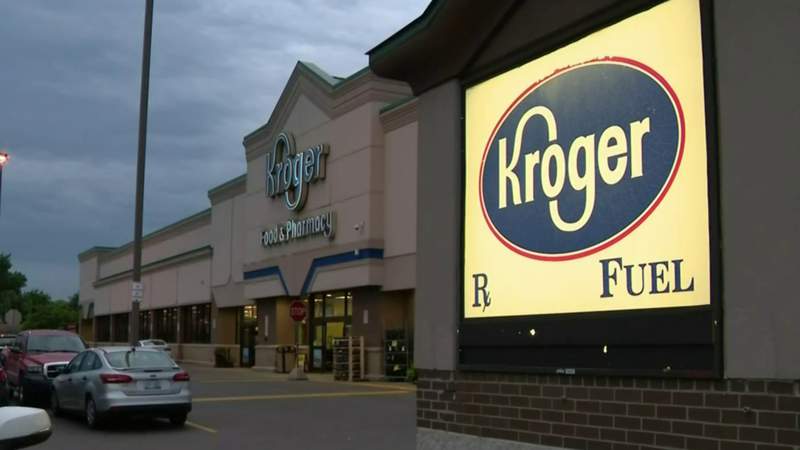 LINCOLN PARK, Mich. – Tonez Davis had an uphill battle convincing his daughters to get the COVID-19 vaccine.

“You know how hard it is trying to get people to get this done and I’ve been on them,” he said.

Davis finally convinced his daughters, ages 19 and 22, to get vaccinated. They all went to Kroger in Lincoln Park and were individually escorted into a room with the blinds closed on the window by the man administering their vaccine. Davis described the man as possibly in his 50s.

When his first daughter came out, he knew something was weird.

“She has a kind of blank look on her face and I thought maybe it was just the needle,” he said.

The second daughter came out and asked him the question that had him seeing red.

“She says, ‘Dad are they supposed to squeeze your breasts while you’re getting the shot?’ and I said ‘No, they’re not supposed to do anything like that.”

Davis immediately alerted the store manager who was appalled, and then went to the police.

“The individual in question is not currently administering vaccines. We are working with local law enforcement on this open investigation and cannot comment further at this time.”

Lincoln Park police said the department takes these allegations seriously and wants to know if there are other women who had the same experience.

READ: Why isn’t Michigan offering ‘vaccine lotteries’ to incentivize people to get the COVID vaccine