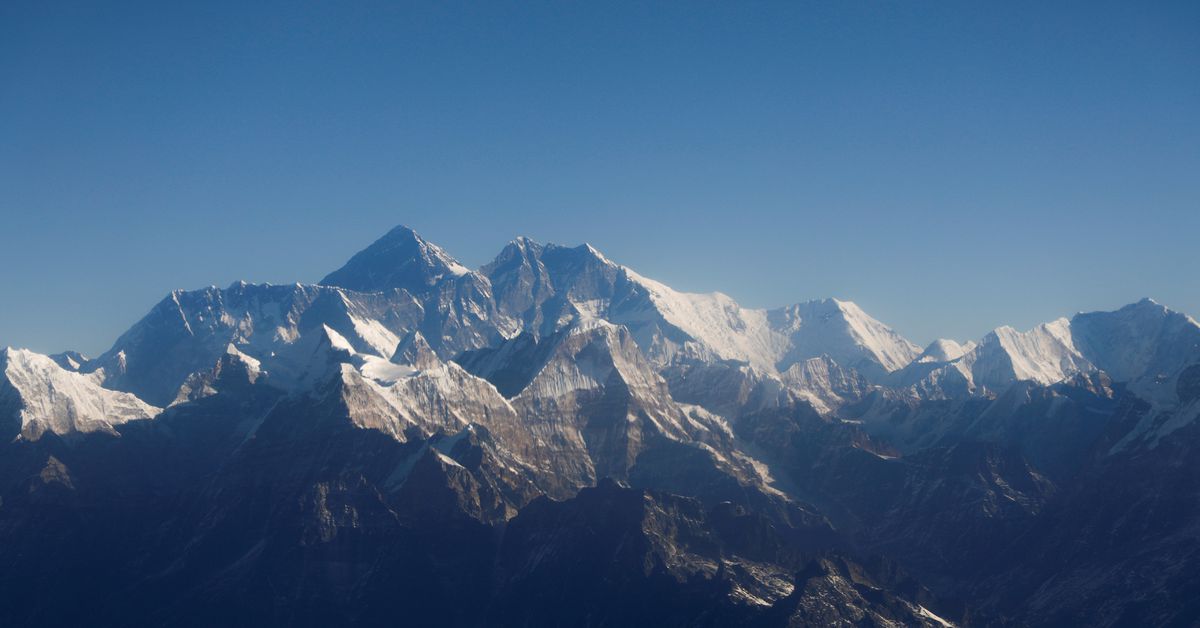 Mount Everest, the world highest peak, and other peaks of the Himalayan range are seen through an aircraft window during a mountain flight from Kathmandu, Nepal January 15, 2020. REUTERS/Monika Deupala/File Photo

Climbers from the United States and Hong Kong have set new records as they scaled Mount Everest this week, hiking officials said on Friday.

Arthur Muir, 75, became the oldest American to climb the world’s highest peak at 8,848.86-metres (29,031 feet) on Sunday, an official from the company that organised the expedition said.

Separately, Hong Kong’s Tsang Yin-Hung, 45, scaled the peak in less than 26 hours, the shortest time taken by any woman after starting from the base camp. Usually climbers spend several days in different camps before reaching the peak.

“Arthur Muir is the oldest American at 75 years old to summit Mount Everest,” Garrett Madison, expedition leader at the Madison Mountaineering company told Reuters from the base camp.

Muir beat the record set by Bill Burke, who became the oldest American to climb the mountain at the age of 67 in 2009.

Tsang set out from the base camp at 1:20 p.m. local time (0735 GMT) on Saturday and reached the top at 3:10 p.m. the following day, said Gyanendra Shrestha, a Nepal government official, who returned from the base camp.

She beat the record set by Nepali woman Phunjo Jhangmu Lama in 2017, who climbed Everest in 39 hours and 6 minutes.