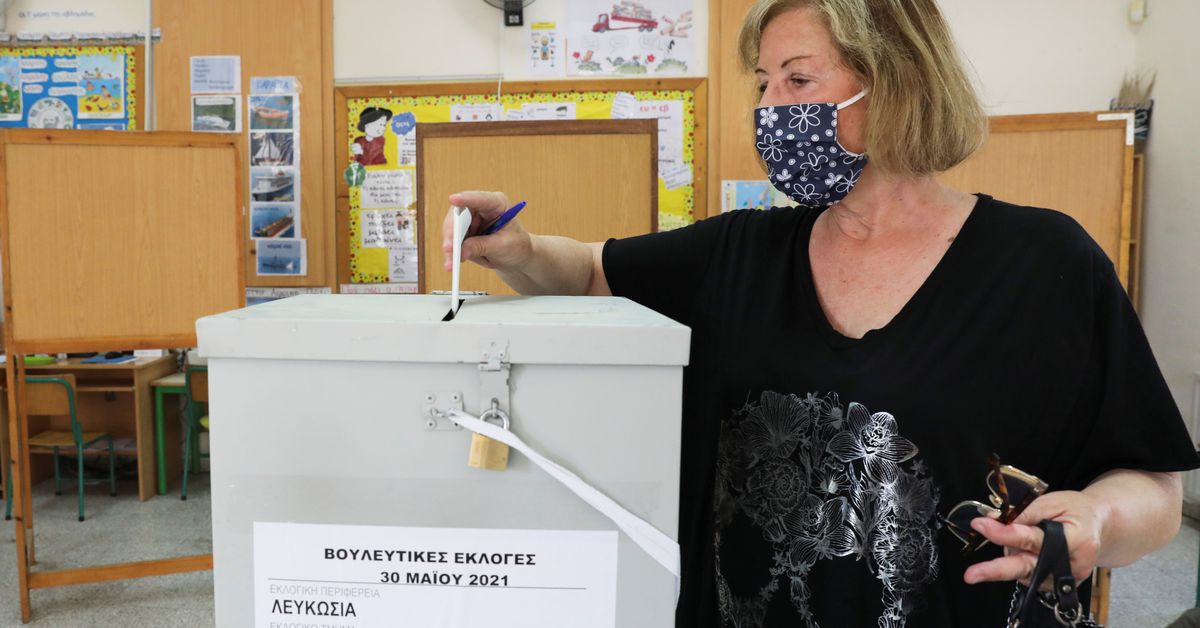 Cyprus’s ruling conservatives emerged as winners but failed to get an absolute majority in a parliamentary election on Sunday, with voters turning to smaller parties, including a right-wing party with links to Greece’s now outlawed Golden Dawn.

With all votes counted, Cyprus’s mainstream conservative Democratic Rally and Communist AKEL held their position as the two largest parties on the island, but support for both was eroded by smaller groupings on record-low turnout.

ELAM, an anti-migrant nationalist party which wants to ban the burka and the niqab, almost doubled its showing compared to the 2016 poll to about 6.8% of the vote, placing it fourth in voter preferences.

Links between Cyprus’s ELAM and Greece’s Golden Dawn have been well documented in the past. Golden Dawn was outlawed as a criminal organisation by a Greek court in Oct. 2020 and leading members jailed.

ELAM rejects a long-standing objective to reunite Cyprus along the lines of a bi-zonal, bi-communal federation, a position held by the Greek Cypriot side in the decades-old conflict splitting the Mediterranean island. The island is home to Greek and Turkish Cypriots.

Cyprus was split in a Turkish invasion in 1974 prompted by a brief Greek-inspired coup. Countless attempts at mediation have failed to resolve the dispute which is a prime source of tension between NATO allies Greece and Turkey.

“I think that the clear winner is ELAM, and this is a problem for people that believe in federation (as a solution) and I believe that the result will be used by the nationalist circles in the north as well,” said Andromachi Sophocleous, a political analyst and peace activist.

She was referring to northern Cyprus, a breakaway Turkish Cypriot state recognised only by Turkey.

Cyprus has faced a string of corruption scandals in recent years, with analysts expecting mainstream parties taking the brunt of disillusionment among voters. ELAM, along with other smaller parties, had also campaigned on a platform of rooting out corruption.

Voters were left reeling from a cash-for-passports scheme that the current administration had to abandon amid allegations of corruption last year. read more

“While it is itself part of the system ELAM has managed to perpetuate the facade that it is not, and therefore gains a lot from this disillusionment in the traditional parties,” Sophocleous said.

Cyprus has an executive system of government, but the result is a gauge of the popularity of incumbent President Nicos Anastasiades of the right-wing Democratic Rally party who is in his second five-year term.

Sunday’s voting was held only in the government-controlled areas of Cyprus. Abstention was 34.3%.