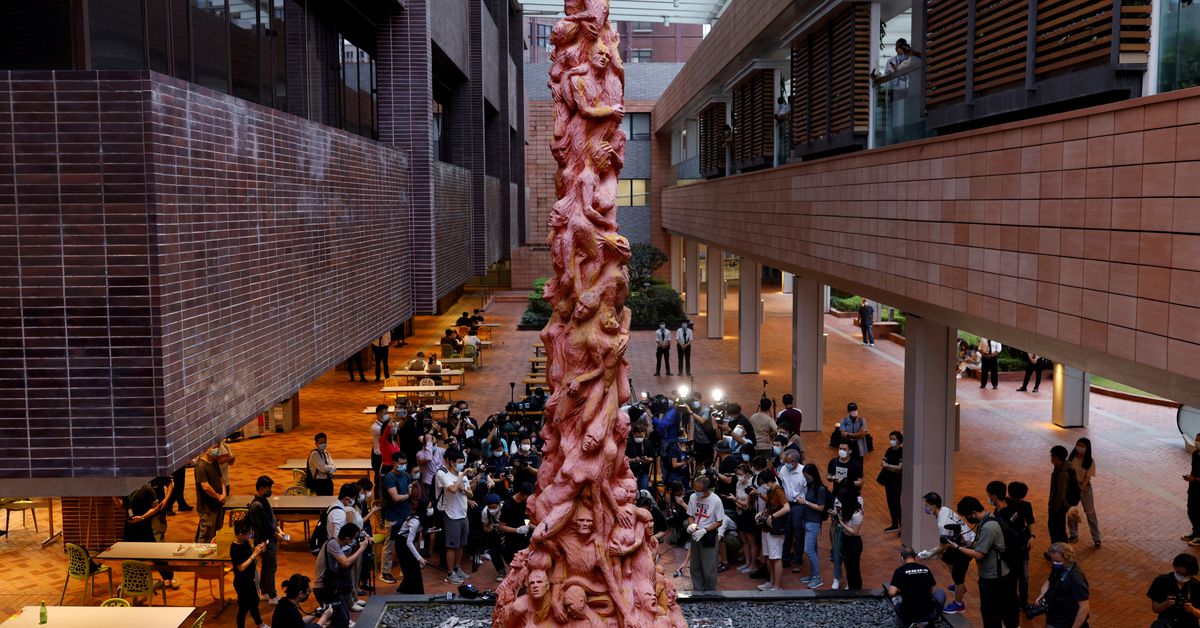 Organisers of an annual vigil to commemorate the Chinese Communist government’s bloody crackdown on student-led pro-democracy protests in Beijing’s Tiananmen Square in 1989 said on Saturday they had lost an appeal to hold this year’s rally.

The Hong Kong Alliance in Support of Patriotic Democratic Movements of China planned to hold a candlelight vigil in Victoria Park next Friday.

This marks the second year that Hong Kong police have banned the vigil, citing coronavirus restrictions.

“We have to apologise to the public. Hong Kong Alliance can no longer organise the candlelight vigil this year in a lawful manner. We will stop promoting the vigil, said Richard Tsoi of the alliance to the press.

“On that day, we won’t, as an organisation and members of Hong Kong Alliance, appear and join.”

Tsoi said he believed Hong Kong people would still commemorate the June 4 crackdown on pro-democracy activists in a peaceful manner.

Samuel Chu, who runs the Hong Kong Democracy Council in Washington, retweeted an image of Tsoi making his statement, writing, “We will light a candle for you and all of Hong Kong.

Hong Kong’s Security Bureau issued a statement warning people not to take part in illegal assemblies or violate the national security law imposed on the territory by Beijing.

Liauw Ka-kei, senior superintendent of the Hong Kong Island Region, told a news conference that the police welcomed the appeal board decision, also urging the public not to participate in or publicise any unauthorised assembly.

“Police have reasonable grounds to believe that the activities not only include the risk of infecting COVID-19 by participants and other people but also pose a serious threat to the life and health of all citizens, jeopardising public safety, and affecting the rights of others,” he said.

Liauw said the police would adopt a zero-tolerance approach and take resolute action against anyone who violated the law.

The security law combined with coronavirus restrictions have cleared the city’s streets of protesters after anti-government demonstrations plunged the financial hub into turmoil in 2019.