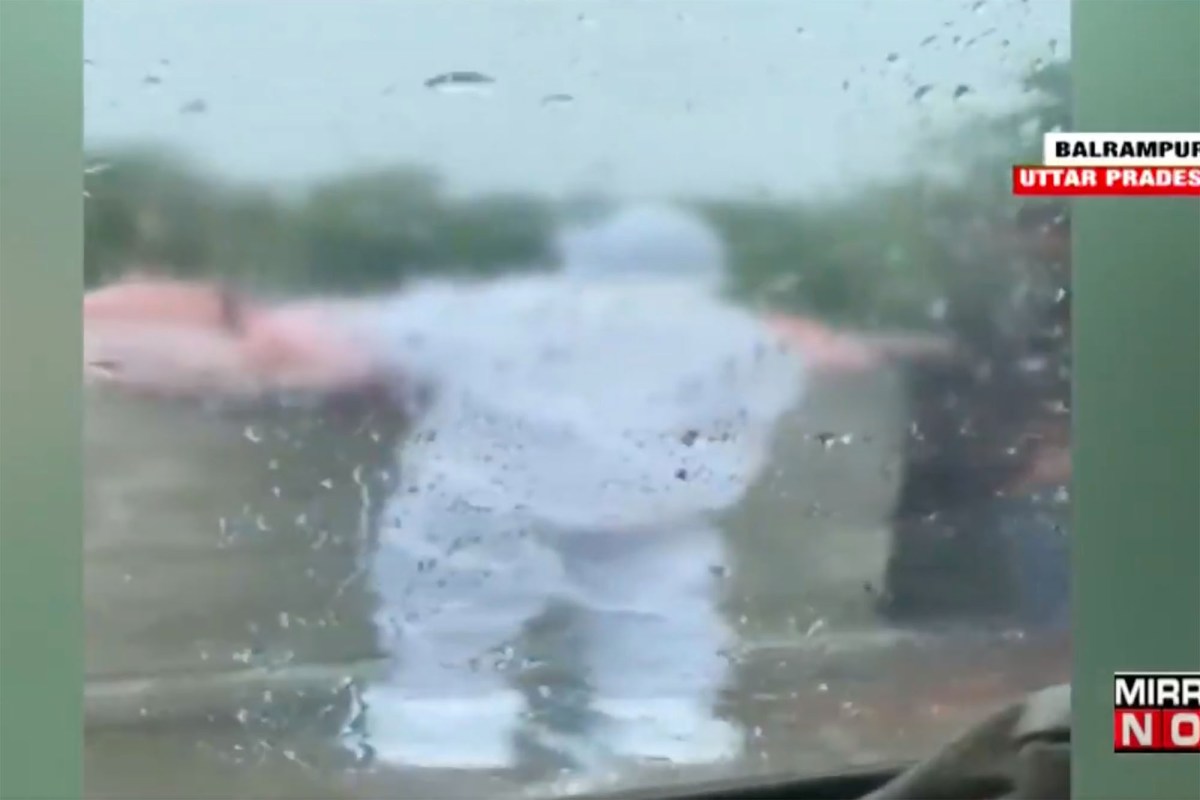 Two men were busted in India after getting caught on viral video dumping a relative killed by COVID-19 into a local river.

The culprits, identified by police as Sanjay Kumar and Manoj Kumar, were charged after a passerby posted a video of the sick act on Saturday, India Today reported.

The footage shows the two men — one of them wearing a protective bodysuit — in the rain on a bridge in the Kotwali region of Balrampur, prepping to dump the dead relative’s body over the side and into the Rapti River, the outlet said.

Police identified the dead man as Premnath but did not disclose his relationship to the suspects.

Premnath was admitted to the hospital on May 25 after testing positive for the deadly virus and died on Saturday while undergoing treatment, India Today said.

Authorities said his body was turned over to his family for cremation — but they instead hurled his body into the water, the paper said.

The incident comes two weeks after more than 70 bodies were found floating in the Ganga River, which authorities suspect were also victims of the virus.

India has been ravaged by a surge in COVID-19 cases that has overwhelmed the local health care system and prompted mass cremations.