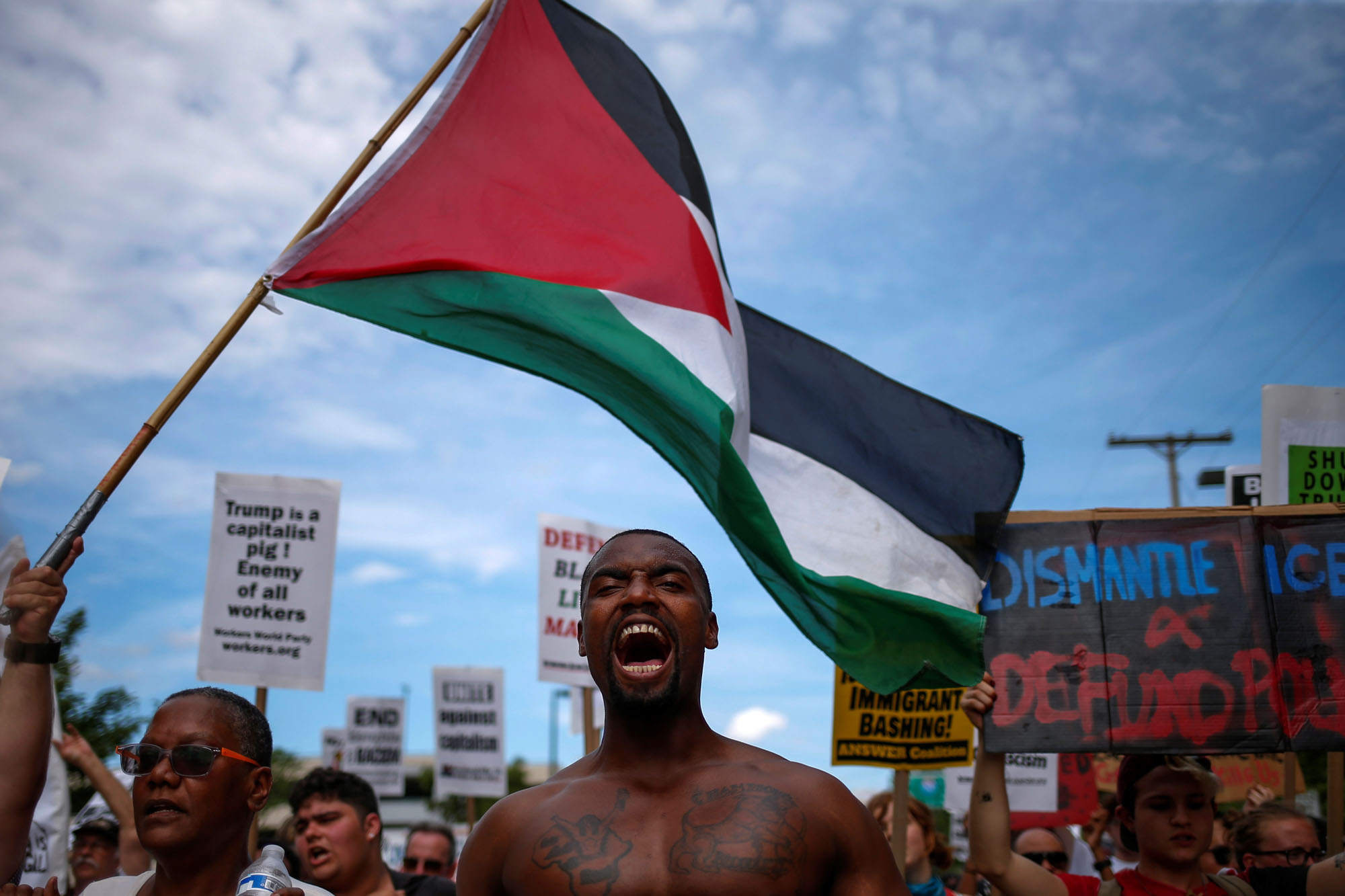 In the labor movement, Arab-American organizers in Michigan’s auto plants formed an Arab Workers’ Caucus in 1973, which they modeled explicitly on a set of radical Black caucuses that had formed to challenge racist practices in the auto companies and the United Auto Workers. With some Black workers’ support, the Arab Workers’ Caucus successfully pressured their union local to divest from Israeli state bonds. This wave of Black and Arab-American activism crested alongside mass anti-Vietnam War protests and Black uprisings in cities across the country, placing the Palestinian issue on the agenda for the social movements of the U.S. left — but rarely making an impact in the realm of high politics.

By 1980, this ferment of Black-Palestinian solidarity activism had dissipated. Like so many institutions of the 1960s left, the groups incubating these connections fell into disarray: many were riven by leadership conflicts and ideological divisions, or worn down by government surveillance and repression. Institutional decline was matched by the diminishing allure of a “Third World” political identification. As the decolonization movements of the mid-twentieth-century receded, many African-American activists stopped seeing the fight for racial equality in the United States as part of a unified global struggle.

But several Black politicians took up the mantle of advancing the Palestinian cause. Working at the highest levels of U.S. diplomacy and the Democratic Party, these figures eschewed earlier Black radicals’ support for a militant Palestinian revolution against Israeli occupation. Rather, they sought a diplomatically negotiated settlement that would grant Palestinians greater autonomy. In 1979, U.N. Ambassador and former civil rights leader Andrew Young was pressured to resign after he secretly met with a representative of the Palestinian Liberation Organization (PLO). The battles in the press after Young’s resignation focused on declining Black-Jewish relations domestically, but they also enabled a more pro-Palestinian viewpoint to find a place in the national debate.

One of Young’s most vigorous defenders was Reverend Jesse Jackson. Jackson led a delegation to the Middle East immediately after the Young affair, meeting with both Israeli officials and PLO representatives, including Yasser Arafat. Jackson pushed for the United States to negotiate directly with the PLO, even as he hinted at the parallels between the Palestinians’ struggle and that of African-Americans: “We understand the cycle of terror, the cycle of pain,” he said, “and yet if America is free to talk, perhaps it can seek reconciliation.”