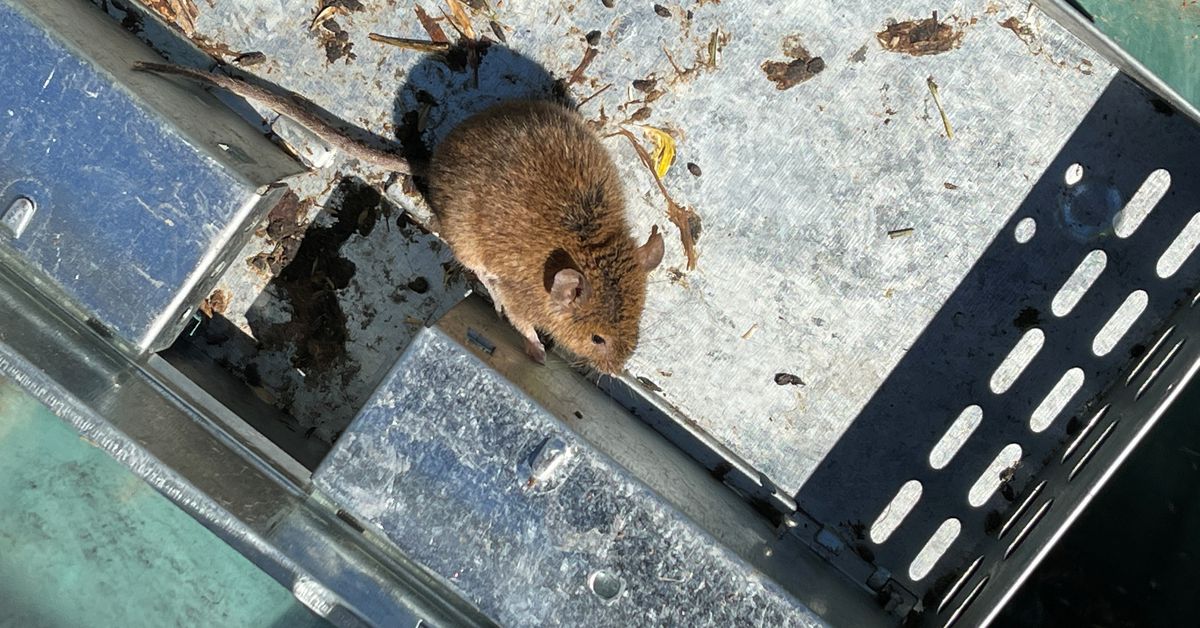 Australian farmer Norman Moeris lifts a protective tarpaulin covering his valuable grain harvest on a cool evening – only to reveal a seething mass of rodents.

Moeris is among thousands of farmers in parts of New South Wales, Queensland and Victoria states dealing with an infestion of mice that have ravaged crops, gnawed through farming equipment and household appliances, caused power blackouts and invaded supermarkets.

“This grain here, the mice have just totally ruined it. (We’ll) probably just dig a hole and bury the lot of it,” Moeris said. “Not worth feeding to the livestock in case you kill them.”

For Moeris and other farmers, the timing of the plague is heartbreaking, caused by heavy rains in recent months that had relieved the country’s worst drought in years.

A mouse is caught in a trap on the property of grain farmer Norman Moeris as parts of New South Wales experience a “mouse plague,” in Gilgandra, Australia, May 30, 2021. Picture taken May 30, 2021. REUTERS/Jill Gralow

The 65-year-old said he has lost $130,000 worth of grain due to the mouse plague, following the loss of about 2,100 sheep during the three-year drought, and there’s little he can do.

Despite perimeter baiting around paddocks and laying traps and water buckets around the house, the mice just keep coming.

“It’s just hard, after the drought, that’s the biggest trouble,” said Moeris. “We’ve been on our knees, we got up a bit, now we’re back on our knees with the mice.”

The New South Wales state government earlier this month offered farmers free bait to eradicate the rodents, but has so far resisted calls from some to allow the use of bromadiolone, a poison currently banned in Australia. Some farmers and environmentalists have warned of the unintended consequences to native animals from its use.

Moeris has no option but to press on.

“What do you do? Do it again next spring, hopefully to God it all comes off,” he said. “We’ll do it again, the mice will come back again in another couple of years’ time and we’ll probably do it all again. That’s Australian life.”