IDF Central District Commander Tamir Yadai signed off on an order Sunday to demolish the West Bank home of a Palestinian accused of carrying out a deadly shooting earlier this month that killed an Israeli man and injured two others.

Objections raised by the family of Muntasir Shalabi against the demolition of the home in the town of Turmus Ayya were rejected by the army.

Shalabi, 47, is suspected of driving up to the Tapuah Junction in the northern West Bank on May 2 and opening fire at a group of Israeli students at the nearby religious seminary at the Itamar settlement, fatally wounding 19-year-old Yehuda Guetta, seriously injuring a second teenager, and lightly wounding a third.

During the attack, soldiers from the IDF’s Givati Brigade who were at the scene returned fire, hitting the vehicle used and the driver. Despite being shot, the gunman fled the scene, ditching the car used in the drive-by shooting in the nearby town of Aqraba, where it was torched by locals as soldiers arrived to seize the vehicle. 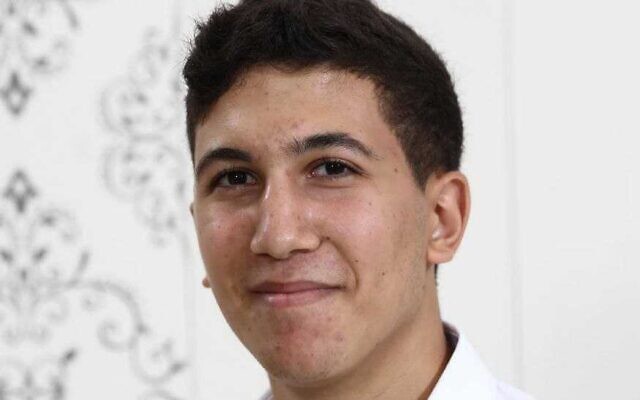 Yehuda Guetta, 19, was killed in a drive-by shooting in the West Bank (courtesy)

The two other injured students were Benaya Peretz, 19, from Beit She’an, who was shot in the back, and Amichai Hala from Safed, also 19, who was released from the hospital to recover from his wounds at home.

Days after the shooting, officers from the Israel Police’s Special Policing Unit and IDF troops  acting on intelligence gathered by the Shin Bet, raided a building in the central West Bank village of Silwad and took Shalabi into custody. The arrest came an hour after Guetta succumbed to his injuries.

Two days after Shalabi’s arrest, the IDF mapped out his home for demolition.

Shalabi, a father of seven, is not believed to have any affiliation with Palestinian terror groups, the Shin Bet security service has said. He is suspected of initially evading capture with help from family and friends.

Israeli authorities often take punitive action such as home demolitions before a conviction in cases of terrorist attacks. Israel defends the practice of razing the family homes of attackers as a deterrent against future assaults, and officials have argued that speed is essential, claiming that the deterrent factor degrades over time.

Over the years, however, a number of Israeli defense officials have questioned the efficacy of the practice, and human rights activists have denounced it as unfair collective punishment.

The shooting attack came amid heightened tensions in the West Bank after the Palestinian Authority announced it was indefinitely delaying elections planned, blaming the decision on an ostensible Israeli refusal to allow PA voting in East Jerusalem.

Additionally, tensions had flared in the East Jerusalem neighborhood of Sheikh Jarrah where dozens of Palestinians are at risk of being evicted following a long legal battle with right-wing Jewish Israelis trying to acquire property in the neighborhood, which is just north of Jerusalem’s Old City