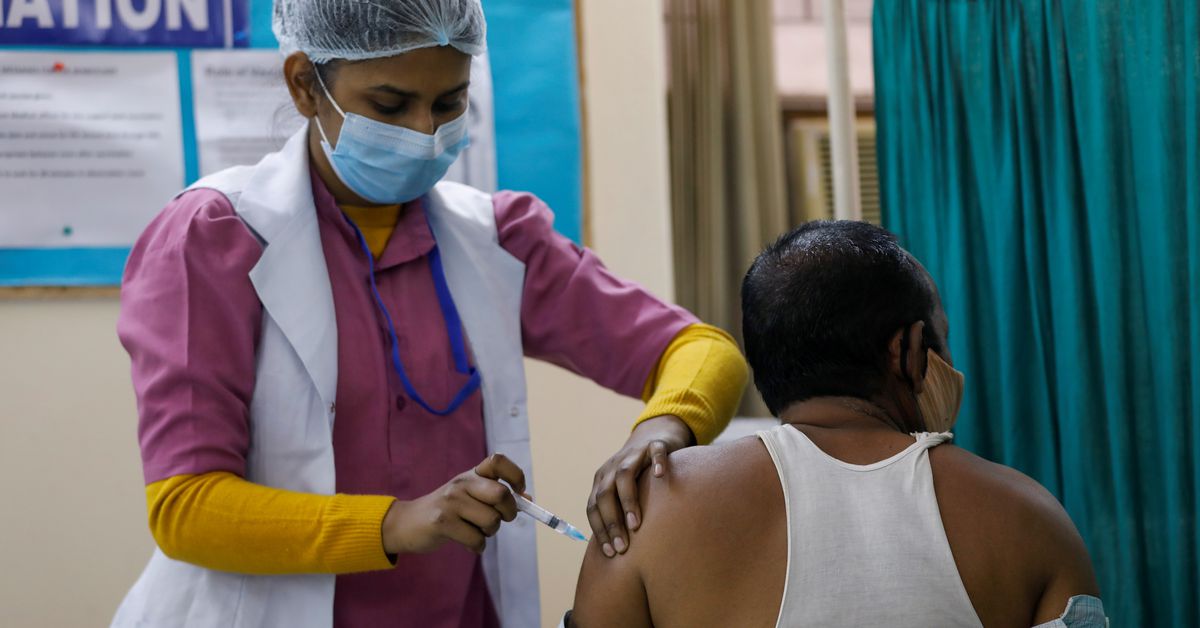 India will have nearly 120 million doses of COVID-19 vaccines available for domestic use in June, the government said on Sunday.

This marks a significant jump from the 79.4 million doses that were available in May.

India has administered about 212 million doses, the most after China and the United States, but has given the necessary two doses to only about 3% of its 1.35 billion people.

India on Sunday reported its lowest daily rise in new coronavirus infections in 46 days at 165,553 cases during the previous 24 hours, while deaths rose by 3,460.

Earlier this month, a top government adviser said more than 2 billion doses of coronavirus vaccines will likely be available in India between August to December this year, including those from the two domestic manufacturers.

Several Indian states have reported an acute shortage of vaccines, forcing many regions, including the capital New Delhi, to again prioritise those aged above 45.

The country has recently begun to roll out Russia’s Sputnik V vaccine, alongside the AstraZeneca vaccine produced locally at the Serum Institute of India (SII) and Covaxin made by local firm Bharat Biotech.

Sorgente articolo:
India says will have 120 million vaccine doses for local use in June – Reuters India