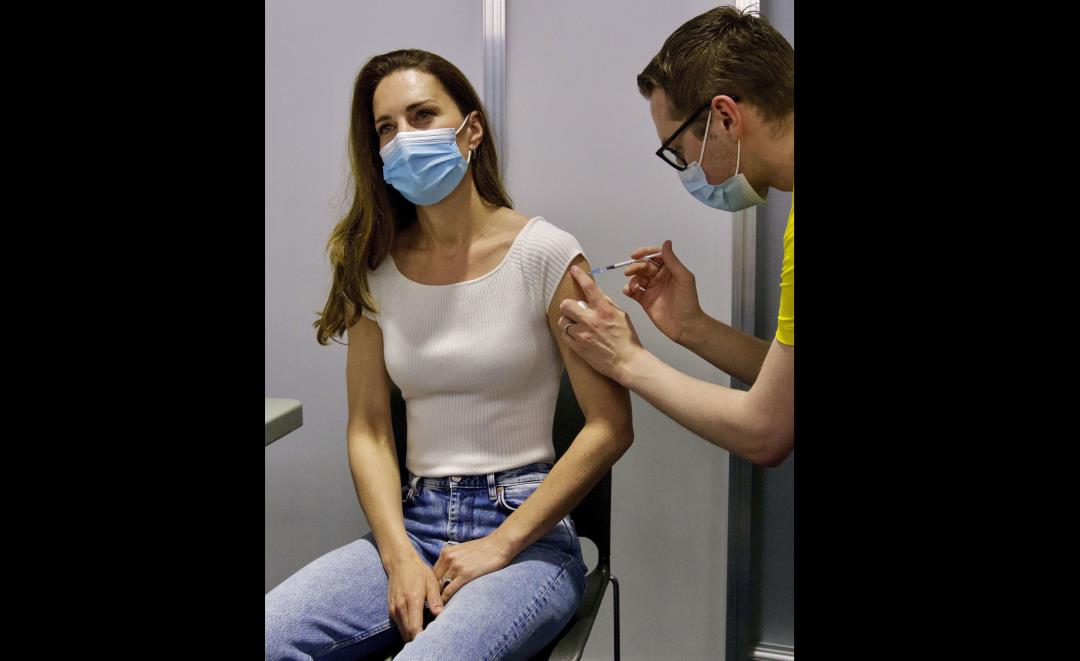 (Newser) – You don’t typically see the duchess of Cambridge in blue jeans, but Britain’s Kate on Saturday shared a photo of herself for reasons other than fashion: She was getting her COVID vaccination, reports the BBC. The 39-year-old is taking part in Britain’s push to vaccinate younger people—this week, the shots were made available to everyone 30 and older there. The duchess received her shot at a mass-vaccination site near Kensington Palace, per the AP. “I’m hugely grateful to everyone who is playing a part in the rollout—thank you for everything you are doing,” the duchess tweeted. It wasn’t specified which vaccine she received. Her husband got his shot earlier this month.

The feel-good story on Saturday comes after controversy earlier in the week involving a former top aide to Prime Minister Boris Johnson. In testimony before lawmakers, Dominic Cummings said Johnson badly mishandled the pandemic in its early days and was dismissive of its potential for harm, reports the New York Times. At one point, Johnson wanted to be infected with the virus on live TV to show it was no big deal, he said. “When the public needed us most, the government failed,” said Cummings, asserting that “tens of thousands” died unnecessarily, per the Guardian. Johnson, who was hospitalized with a serious case of COVID, later pushed back. “I don’t think anyone can credibly accuse this government of being complacent about the threat of this virus,” he told lawmakers. (Read more Duke and Duchess of Cambridge stories.)