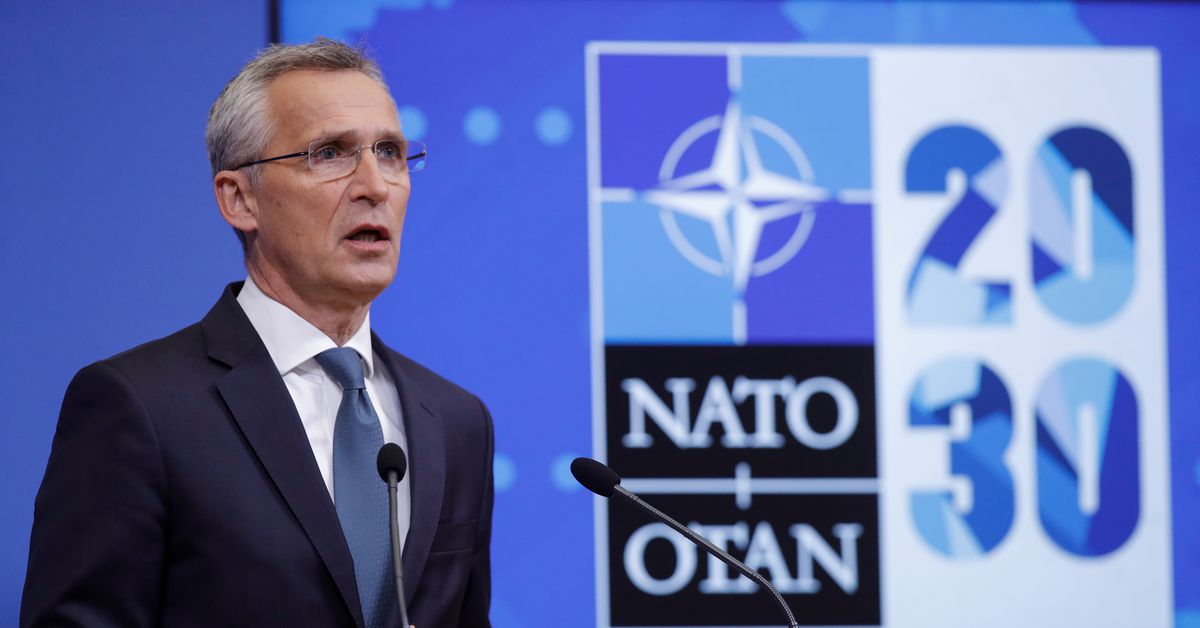 NATO Secretary-General Jens Stoltenberg gives a news conference ahead of video conference with foreign and defence ministers, at the Alliance’s headquarters in Brussels, Belgium May 31, 2021. Olivier Hoslet/Pool via REUTERS

Personnel at Belarus’ diplomatic mission to NATO will have their access restricted at the alliance’s headquarters, Secretary-General Jens Stoltenberg said on Monday, following the forced landing of a passenger plane by Minsk.

Belarus is not a member of NATO but has had ties with the military alliance since 1992 following the fall of the Soviet Union, and has maintained a diplomatic mission to NATO since 1998.

Belarusian personnel can attend seminars and meetings at NATO and in NATO countries as part of a cooperation partnership that tackles issues such as arms control and military education.

“We have decided to restrict the access of Belarusian personnel to the NATO headquarters,” Stoltenberg told a news conference ahead of meetings of NATO defence and foreign ministers on Tuesday, without giving more details.

The forced landing of a Ryanair flight from Athens to Vilnius earlier this month by Belarus to arrest a dissident journalist caused outrage in the West.

However, a proposal to suspend Belarus from bilateral NATO cooperation, known as the Partnership for Peace, was not taken up by diplomats last week, after Turkey blocked the idea for fear of antagonising Russia, Minsk’s closest ally, diplomats said. read more