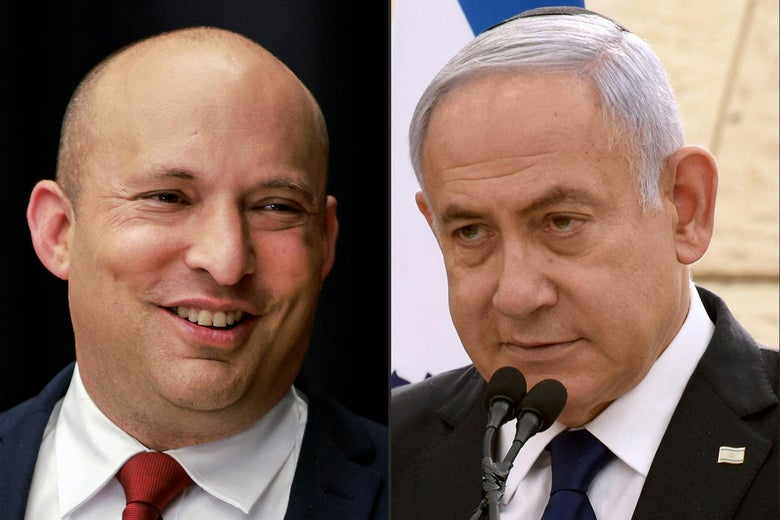 The longest-serving prime minister in Israeli history could soon be out of office after a diverse group of opposition parties said they’re ready to form a unity government to oust Benjamin Netanyahu after 12 straight years in power. Far-right politician Naftali Bennett, who leads the small hardline Yamina party, said he would join forces with centrist opposition leader Yair Lapid to form a coalition government. “It’s my intention to do my utmost in order to form a national unity government along with my friend Yair Lapid, so that, God willing, together we can save the country from a tailspin and return Israel to its course,” Bennett said. The announcement came after many outside observers had said the recent Israeli-Palestinian conflict would benefit Netanyahu’s ambitions to stay in power.

Bennett and Lapid have until Wednesday night to present their deal to Israel’s President Reuven Rivlin and then it would have to be endorsed by the Israeli Parliament. For now it looks like Bennett would head up the government first until the fall of 2023 with Lapid serving as foreign minister. They would then swap roles until there is a new election in 2025.

Netanyahu is likely to stay in politics if he is ousted and he made clear Sunday that he’s going to fight back as much as possible to try to stay in power. Shortly after Bennett made the announcement of the new coalition, Netanyahu called the plan “the fraud of the century” and accused Bennett of betraying his right-wing voters. “There is not a single person in Israel who would have voted for Naftali Bennett if they had known what he would do,” Netanyahu said. Eager to keep holding on to power, Netanyahu is likely to spend the next few days trying to pressure right-wing parties to reject the new coalition government.

If the coalition does move forward, it would join together a very ideologically diverse group of parties that range from left-wing to right-wing nationalist parties. Bennett, who wants to annex most of the occupied West Bank, also has a lot of differences with Lapid, a former TV news anchor who largely represents secular centrists. Those differences mean that the new government is likely to focus, at least at first, on economic policy rather than more divisive issues, including the Israeli-Palestinian conflict.