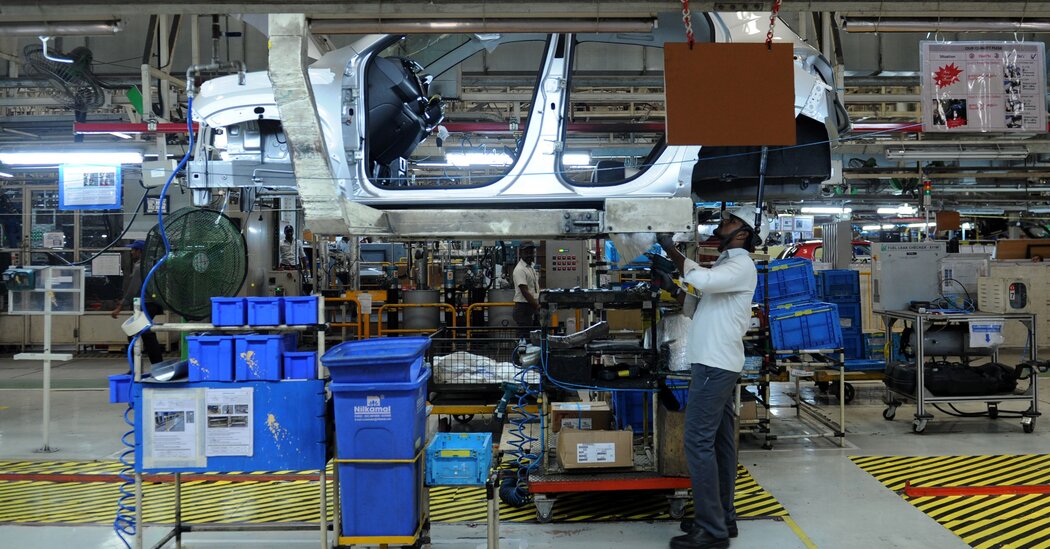 Several top automakers have temporarily shut down plants in Chennai, known as India’s Motor City, after unions threatened to go on strike over fears of the coronavirus as the second wave of the pandemic continues to devastate the country.

Renault-Nissan, Ford India and Hyundai Motor India, which are among more than a dozen major automakers in Chennai, cited the pandemic in suspending their factory operations, according to Indian media reports. The companies did not immediately respond to requests for comment.

India’s seven-day average of known new infections has plummeted by about half since it peaked early this month at almost 400,000 a day, though experts point out that the official numbers are likely significant undercounts.

On Sunday, the government reported more than 165,000 new cases, but the southern state of Tamil Nadu, of which Chennai is the capital, remains a hot spot, reporting almost 30,000 new cases a day on average.

The Tamil Nadu government has ordered automakers to vaccinate all of their workers within a month. But companies have complained of vaccine shortages, a problem that has also plagued state vaccine rollouts. Only 3 percent of India’s nearly 1.4 billion people are fully vaccinated, according the Our World in Data project at the University of Oxford.

A nationwide lockdown last spring set off an exodus of migrant workers from cities to their home villages, and sank India into recession. Though the second wave has been far deadlier, the government of Prime Minister Narendra Modi chose not to impose another lockdown. Instead, big cities including the capital, New Delhi, and the financial centers Mumbai and Chennai imposed lockdowns themselves. Dozens of smaller cities and towns followed suit.

In Tamil Nadu, continuous process industries, including auto factories, resumed operations late this month. Factories and construction activity are also set to resume in Delhi starting Tuesday as the first phase of a gradual lifting of the citywide lockdown.

To avoid repeating last year’s migrant crisis, core infrastructure projects across the country, which employ millions of migrant workers, were exempted from lockdown rules. Projects along more than 15,000 miles of India’s highways, along with rail and city metro improvements, have continued.

The Modi government has also drawn criticism by continuing a nearly $2.7 billion redevelopment of government offices, the parliament building and the prime minister’s residence, as New Delhi reels from a surge in cases that have overwhelmed hospitals, left patients dying in the streets and kept funeral pyres burning into the night.

The uninterrupted construction activity has cushioned the blow to India’s economy, though possibly at a steep cost in human life. Thousands of workers have recently contracted Covid-19 and many have died, according to the Economic Times newspaper. The Indian government has not made much mortality data public, but its official recorded death toll of more than 320,000 is, like its figures on cases, widely considered to be a vast undercount.