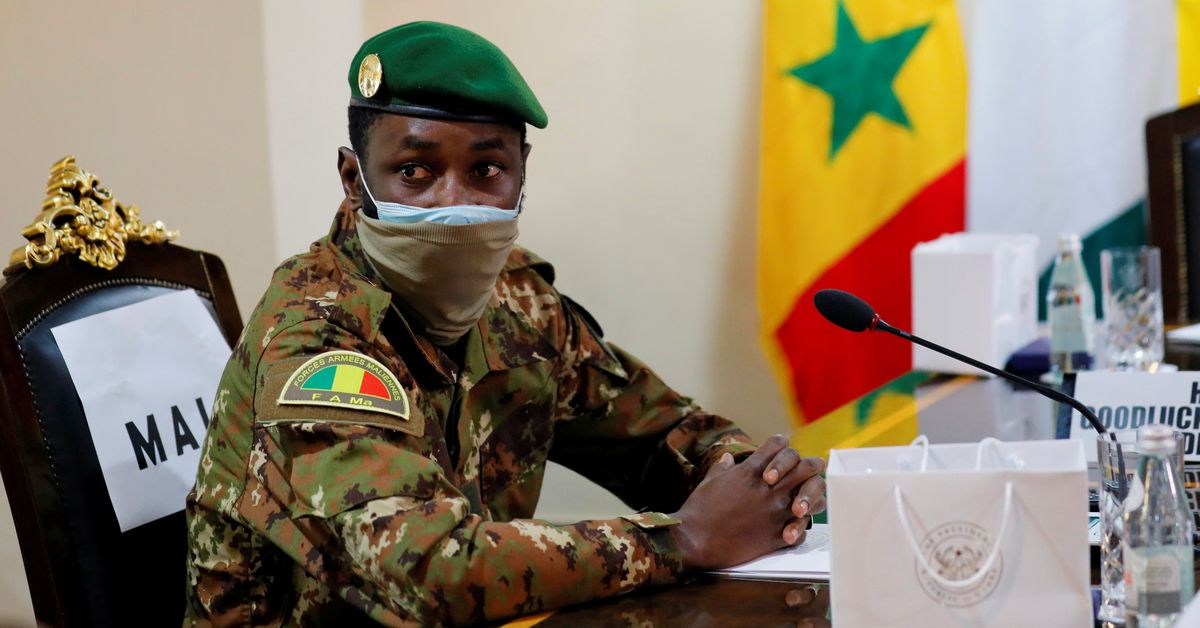 West African regional bloc ECOWAS on Sunday suspended Mali’s membership in response to last week’s coup and said authorities must stick to a timetable for a return to democracy, but stopped short of imposing new sanctions.

Leaders of the 15-member Economic Community of West African States held an emergency summit in Ghana’s capital Accra to agree a response to the Malian military’s ouster of a president and prime minister for the second time in nine months.

Mali’s neighbours and international powers fear the latest revolt will jeopardise a commitment to hold a presidential election next February, and undermine a regional fight against Islamist militants.

In a communique after the summit, ECOWAS said Mali’s membership in the bloc was suspended with immediate effect.

However it did not announce sanctions like those it imposed after the coup last August, which saw members temporarily close their borders with landlocked Mali and halt financial transactions.

It also did not call for new interim President Assimi Goita to step down. The army colonel, who led the August coup and last week’s revolt, was declared president on Friday. read more

Instead, ECOWAS said a new civilian prime minister should be nominated and a new inclusive government formed to proceed with the transition programme.

“The date of 27th February 2022 already announced for the presidential election should be absolutely maintained,” the leaders’ communique said.

There was no immediate response from Goita, who attended the summit.

He ordered the arrests last Monday of interim President Bah Ndaw and Prime Minister Moctar Ouane. Both resigned on Wednesday while still in detention. They were later released.

ECOWAS and Western powers including France and the United States worry the political crisis could exacerbate instability in northern and central Mali, a home base for regional affiliates of al Qaeda and Islamic State.