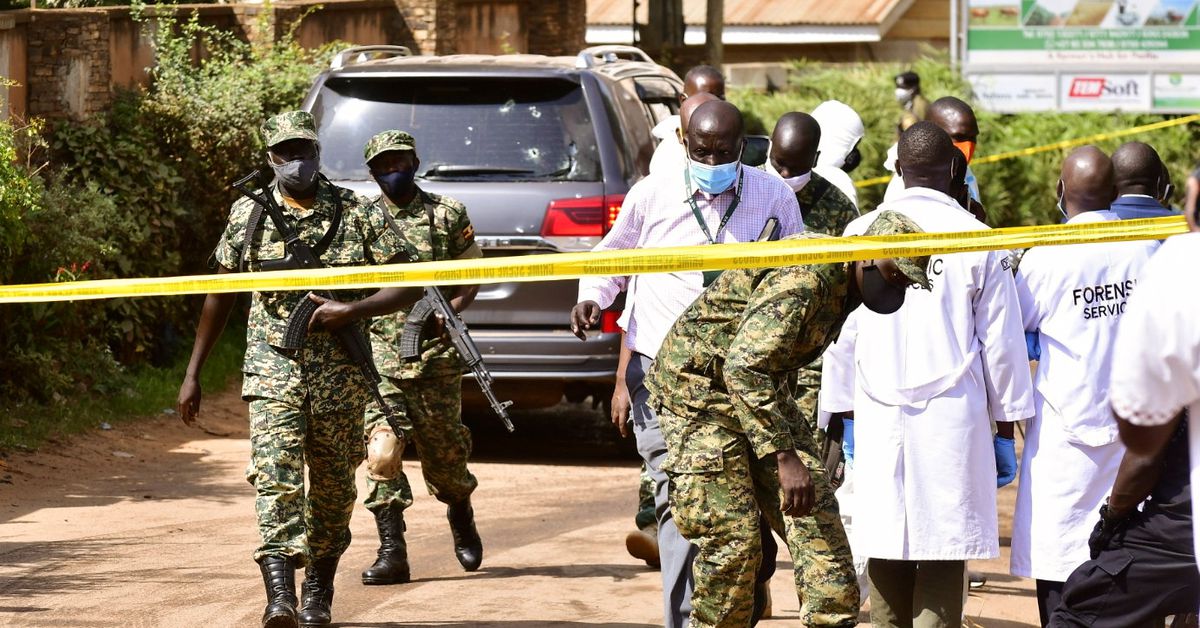 Gunmen opened fire at a car carrying a Ugandan government minister in an attempted assassination on Tuesday, wounding the former army commander and killing his daughter and driver, the military and local media said.

Images circulating on social media showed Wamala with his mouth open, in apparent distress beside the car and his light-coloured trousers splattered with blood.

Police investigators later combed the area, poring over bullet holes in the car’s windows and body and casings on the ground.

The private NTV Uganda television broadcast social media footage of Wamala speaking in hospital. Referring to his daughter, who was in the car with him, he said: “I have survived, we have lost Brenda… The bad guys have done it, but God has given me a second chance.”

Army spokeswoman Brigadier Flavia Byekwaso told Reuters: “There was a shooting involving him … he is hurt and he’s been taken to the hospital, his driver was killed.”

A government official said a local resident was also shot and wounded in the incident and was in hospital.

Wamala once served as head of Uganda’s police, which over the years has been accused of human rights abuses by rights groups, including arbitrary arrests and torture of opposition activists. The police deny carrying out rights abuses.

There have been several unsolved assassinations and mysterious deaths of high profile officials in the east African country in recent years that have fuelled speculation about perpetrators and their motivations.

Victims have involved a lawmaker, a senior police officer, the country’s top public prosecutor, senior Muslim leaders and others. Nearly all were committed by gunmen on motorcycles.

The attempt on Wamala’s life took place in the same suburb in the capital where in 2017 gunmen on motorcycles sprayed bullets at a vehicle carrying a senior police officer. That police officer, Felix Kaweesa, was killed alongside his bodyguard and driver.

In 2019, President Yoweri Museveni’s government installed a CCTV camera system on main roads in Kampala and other big towns to curb such high profile homicides and other major crimes.

But many Ugandans have complained the CCTV network has not helped police solve a lot of killings involving opposition activists and even ordinary Ugandans.

“This is very unfortunate because when you see that even those who are guarded, even those who are in military attire are not feared, can be attacked, then that will explain that the entire country in terms of security is lacking,” he said.