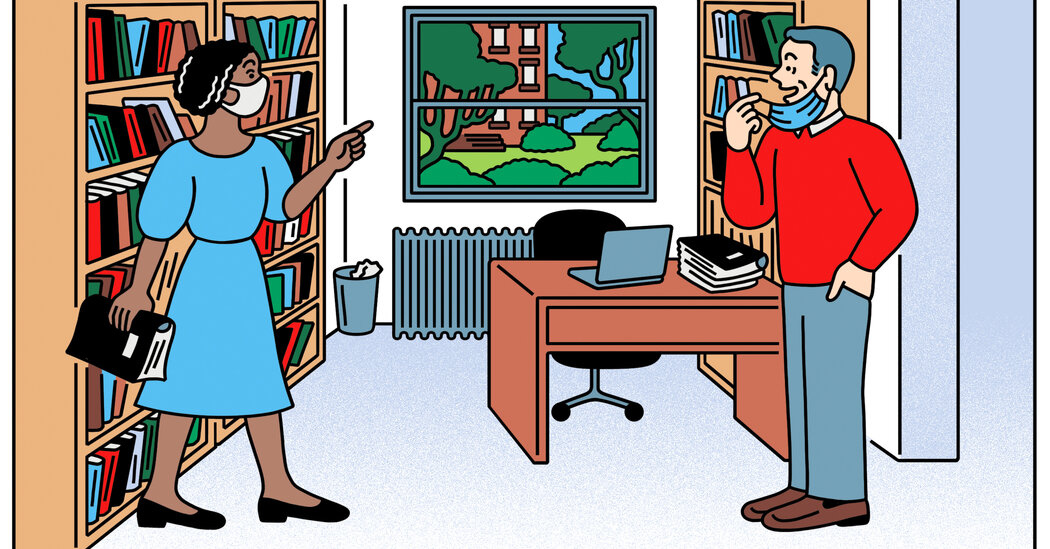 It’s probably best not to cast this in terms of civil rights, though. People usually use the term to focus on guarantees of equal protection or individual freedom. But it’s perfectly routine to have conditions on employment — whether training certificates or compliance with safety protocols. Well before the pandemic, a number of states required that health care workers be vaccinated against certain communicable diseases, and it has certainly been common for medical care systems to adopt such requirements. Group homes often have immunization requirements, too.

Of course, exemptions must be made for medical contraindications. But those contraindications (e.g., an allergy to polyethylene glycol, or PEG; or, with the Janssen vaccine, polysorbate; or a severe reaction to a previous dose of a Pfizer or Moderna vaccine) appear to be rare. There are people with weakened immune systems for whom vaccination may not work very well, but they are not thereby endangered by it.

A more complicated issue is raised by religious objections. These aren’t much found in the religious mainstream, to be sure. A handful of Catholic bishops have argued that the Janssen vaccine is “compromised” because its production involves a cell line, established three decades ago, that originated in aborted fetal tissue; they say parishioners should take one of the other vaccines if available. But most vaccinations on offer have been either Moderna or Pfizer, anyway; you could accept this stricture without eschewing vaccination. And the Vatican has judged the Janssen vaccine “morally acceptable.” More daunting are reports of evangelical churches that claim vaccination confers the mark of the beast. (Note, too, that the E.E.O.C.’s definition of “religious beliefs” includes “moral or ethical beliefs as to what is right and wrong which are sincerely held with the strength of traditional religious views.”)

Not all religious objections need to be accommodated, though. A requirement can be deemed a bona fide occupational requirement even if it effectively discriminates against people with anomalous views; and the same logic can apply to an institution’s residents, students or patients. We seek to accommodate religious (or religious-like) views so long as that accommodation doesn’t come at serious cost. When that’s not possible, it’s no expression of hostility to the religious to ask them to make accommodations. At least in the tradition I was raised in, this was understood. There were inconveniences associated with sticking to the demands of our faith. We bore them willingly as part of the service we were offering to God.

To submit a query: Send an email to ethicist@nytimes.com; or send mail to The Ethicist, The New York Times Magazine, 620 Eighth Avenue, New York, N.Y. 10018. (Include a daytime phone number.) Kwame Anthony Appiah teaches philosophy at N.Y.U. His books include “Cosmopolitanism,” “The Honor Code” and “The Lies That Bind: Rethinking Identity.”

Sorgente articolo:
Can I Ask Co-Workers if They’ve Had the Covid Vaccine? – The New York Times