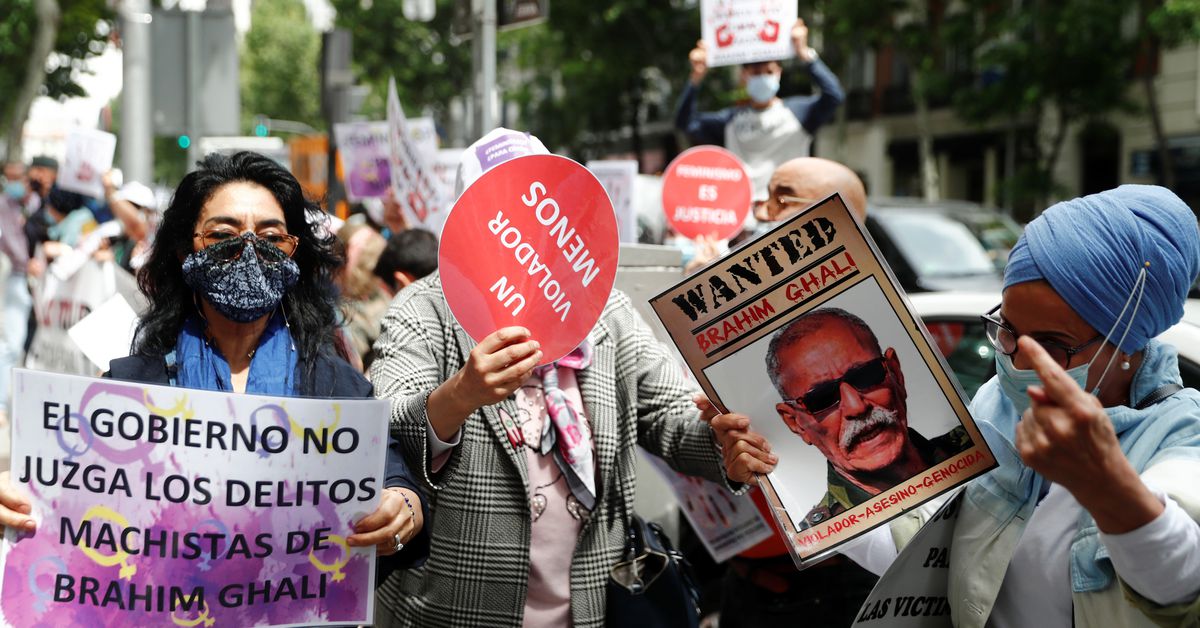 Polisario Front leader Brahim Ghali, who has been treated for COVID-19 in Spain for more than a month, was to leave the country within hours, a Spanish diplomatic source and a source close to Ghali said late on Tuesday.

The Western Sahara independence movement leader was planning to fly to Algeria from Pamplona at 1:40 a.m. local time on Wednesday, the second source said.

The Algeria-backed Polisario Front is fighting for the independence of Western Sahara, which was a Spanish colony until the mid-1970s and is claimed by Morocco. read more

Ghali’s admittance in April to a hospital in the northern Spanish city of Logrono infuriated Morocco. Perhaps in retaliation, Morocco last month appeared to relax border controls with the Spanish enclave of Ceuta, resulting in a sudden influx of migrants to the Spanish autonomous city.

Spain’s High Court earlier on Tuesday turned down a request for Ghali to be taken into custody, saying the plaintiffs in a war crimes case against him had failed to provide evidence he had committed any crime in the preliminary hearing.

The court said Ghali, who participated in the proceeding remotely from the hospital, was not a flight risk.

Moroccan authorities have been informed about Ghali’s planned departure, the Spanish diplomatic source said. The Algerian government was not immediately available for comment.

Ghali and other Polisario leaders are accused by human rights groups and Western Sahara individuals of genocide, murder, terrorism, torture and disappearances, a court document said. He denies any wrongdoing.

Despite her optimism, the decision not to detain Ghali was likely to anger Morocco.

Rabat said on Monday that the hearing against Ghali was important to show “the real face of the Polisario.”

Morocco said its dispute with Spain was no longer simply about Ghali but also the larger issue of what it sees as Spanish disrespect over the Western Sahara issue.