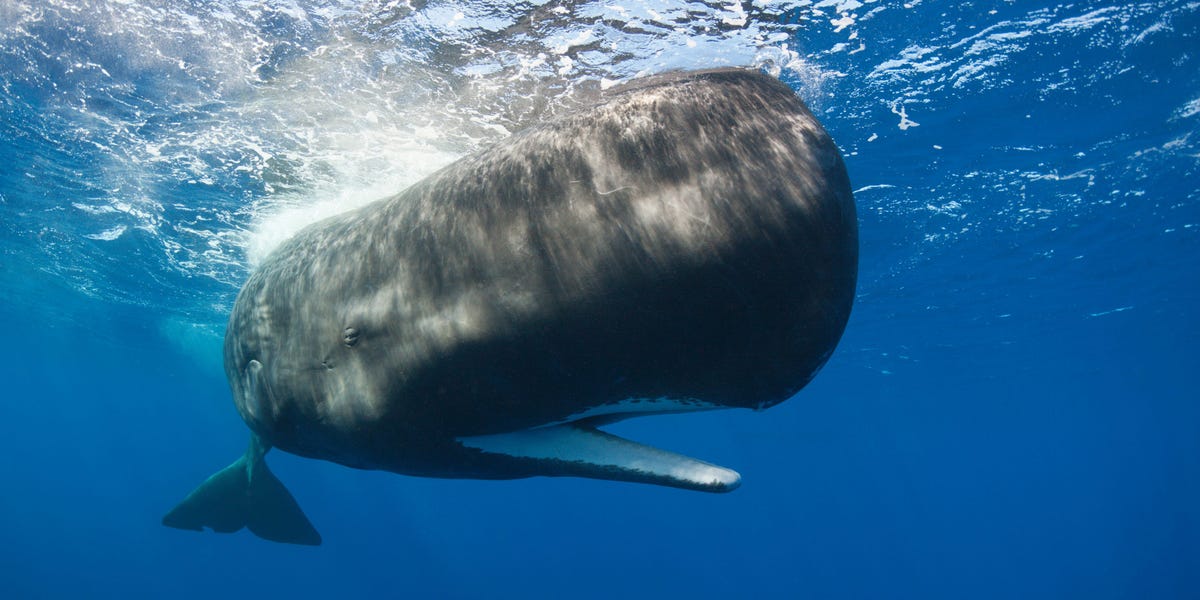 A 35-man fishing crew working off Yemen netted the find of a lifetime when they hauled in about $1.5 million worth of whale vomit.

Whale vomit is also known as ambergris and is an odorous substance found only in the digestive systems of sperm whales. According to the UK’s Natural History Museum, the substance is often called the “treasure of the sea” and “floating gold” because of how rare it is.

Ambergris is particularly valuable for its use making perfumes’ scents last longer. According to National Geographic, Chanel and Lanvin use ambergris in some of their high-end scents.

The substance was a rare find. The fishing boat just happened to haul up a sperm whale’s carcass while fishing in the Gulf of Aden, per The India Times. While they were towing it back to shore, the crew determined there might be ambergris in the whale’s stomach, because of the strong smell of marine fecal odor that the substance emits.

When they took the whale apart, they found a 280-pound lump of ambergris in its belly.

Scientists believe that the rare substance is produced because of the huge volume of cephalopods (including squid and octopus) that sperm whales consume. The whales are unable to digest the sharp beaks of these cephalopods. On rare occasions, the mass of squid beaks and other biological material may be combined with a waxy secretion from the whale’s intestines, forming ambergris.

The 35 fishermen sold the hunk of ambergris off to a buyer from the United Arab Emirates for $1.5 million and shared the profits equally, The India Times reported. Several members of the fishing crew purchased new homes, cars, and boats off the whale-vomit windfall, per the BBC.

“The smell wasn’t very nice, but it was worth lots of money,” one of the fishermen told the BBC.

This is not the first time ambergris has been netted by unwitting fishermen. In November, the Thai fisherman Narit Suwansang found a 220-pound mass of ambergris while trawling the coastline near the Gulf of Thailand. It netted about $3.3 million.