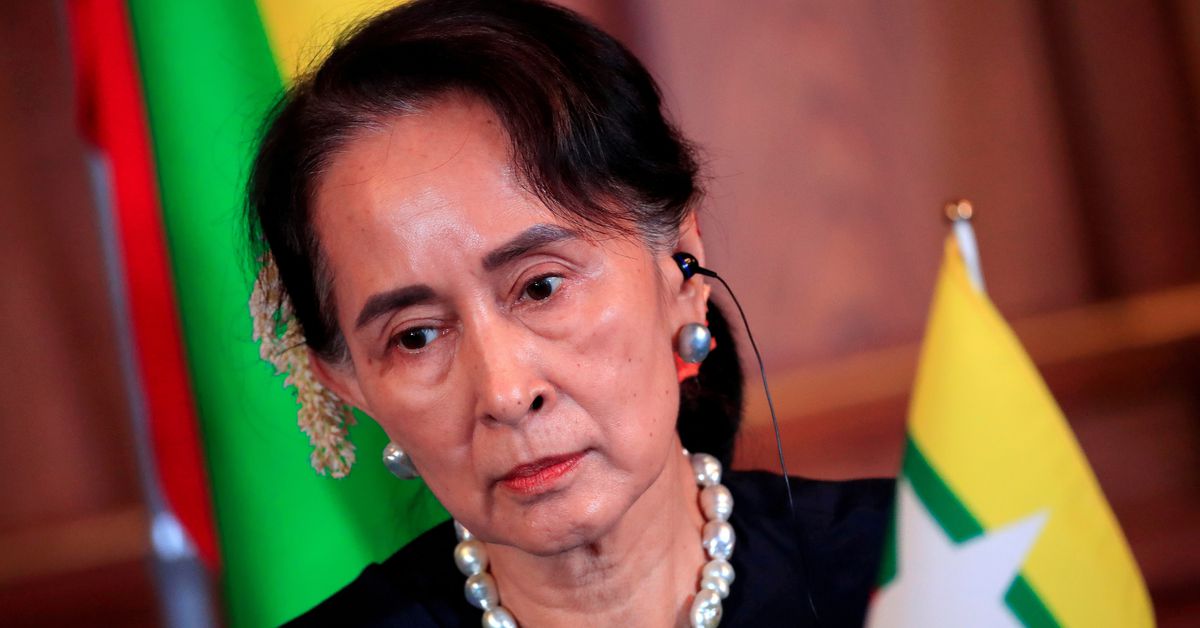 The top lawyer for Myanmar’s deposed leader, Aung San Suu Kyi, voiced concern on Friday that she had no legal representative listed in the case against her brought by the military junta for breaking the Official Secrets Act.

Khing Maung Zaw said the Supreme Court had announced cases to be heard on June 23 against Suu Kyi and four others, including her Australian economic adviser, Sean Turnell, but had listed all of them as representing themselves.

“We have concerns that they won’t have any legal representatives and there won’t be any transparency with hearing,” Khin Maung Zaw told Reuters.

Reuters was unable to reach the Supreme Court or a junta spokesman for comment.

The secrets charges are the most serious ones facing Suu Kyi, 75, and could mean a 14-year jail sentence. She appeared in court for the first time since the coup this month on lesser charges, which include breaking COVID-19 protocols.

No explanation has been given for taking the secrets case directly to the Supreme Court, whose verdict cannot be appealed.

The army overthrew Suu Kyi on Feb. 1, cutting short a decade of democratic reforms that resulted from a long campaign for democracy that made her a national heroine and won her the Nobel peace prize.

The army accused Suu Kyi’s party of fraud in its massive victory in a November 2020 election, accusations dismissed by monitors and the then electoral commission.

Suu Kyi is among more than 4,500 people who have been detained since the coup, which has plunged Myanmar into chaos – with daily protests, paralysing strikes and a resurgence of ethnic conflicts.