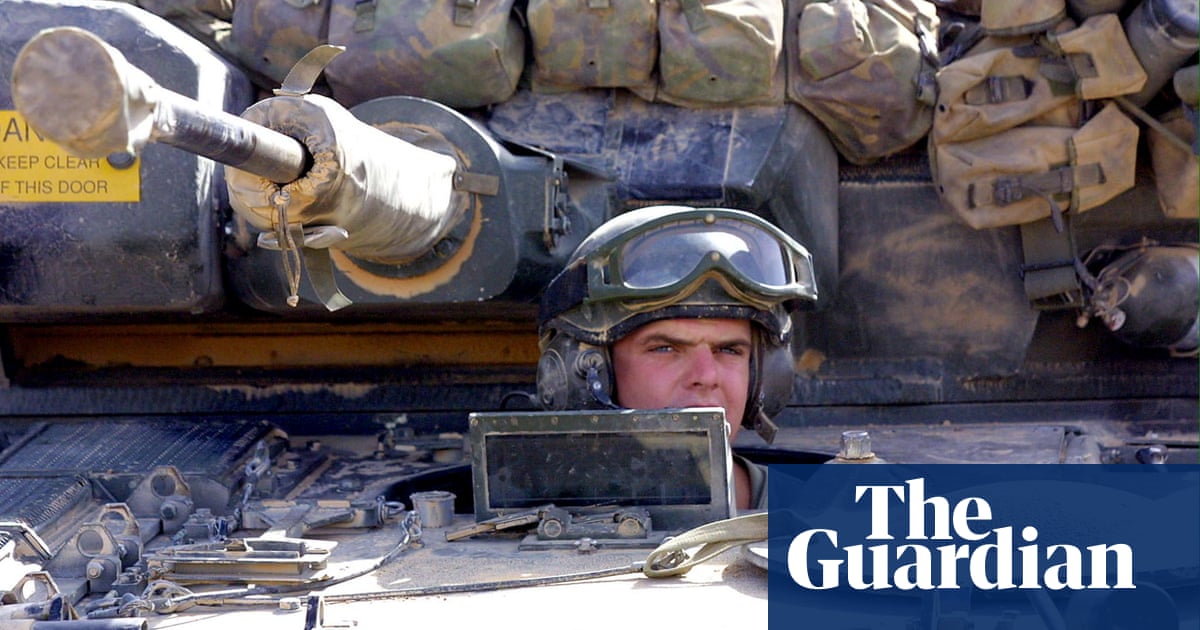 The Ministry of Defence has said a £3.5bn fleet of Ajax armoured vehicles will be delivered as planned despite a leaked assessment that concluded soldiers were at risk of tinnitus and swollen joints if they were driven at speeds above 20mph.

An internal assessment by the Infrastructure and Projects Authority (IPA) has concluded that successful delivery of the programme to time and budget “appears to be unachievable” – although the MoD said it had no plans for a delay.

Trial versions of the army tanks are unable to travel faster than half the intended top speed of 40mph, and they are so loud that soldiers have had to wear ear defenders and undergo ear tests afterwards. They are also unable to reverse over objects 20cm high.

Excessive vibrations mean that crews are limited to 90 minutes inside at a time, while the rattling also means it cannot fire its cannon while in motion, the Daily Telegraph reported, and the Household Cavalry Regiment “cannot conduct effective collective training” in them.

So serious were the problems that the programme was paused for six weeks earlier this year, but the MoD said that was no longer the case, and an initial batch delivery would be completed in a few months. Full delivery is supposed to be finished by 2024.

General Dynamics later issued a statement saying some of the problems identified had been resolved, including “the full range of speed” and the “reverse obstacle climb”. It acknowledged, however, that there were a small number of remaining issues that defence sources said revolved around the vehicle’s noise level during operations.

Defence sources said the army was engaged in “an intensive round of assessments and rectification work to resolve any outstanding issues”.

An MoD spokesperson said: “We are committed to the Ajax programme, which will form a key component in the army’s modernised war-fighting division, with current plans for initial operating capability scheduled for summer 2021.”

Training on Ajax models had recommenced, following a suspension, “with appropriate safety measures in place”, the spokesperson said.

“The MoD can confirm some training on the Ajax family of vehicles was paused as a precautionary measure. This is a normal measure for the demonstration phase of projects. An investigation, incorporating trials, is being carried out jointly with the manufacturer.

“The health and safety of our personnel is of the utmost importance and we are committed to providing a safe working environment.”

In its assessment, the IPA gave the programme a red high-risk rating, and in remarks cited by the defence analyst Francis Tusa, “consistent and compelling evidence was found that programme will not deliver the planned number … at the required/contracted operational capability and price in time”.

The IPA’s full assessment is not expected to be made public, but the watchdog produces an annual report in July in which it gives every major government project a red, amber or green risk rating.

Ajax, intended to be the biggest upgrade to the British army’s armoured vehicles for a generation, has been plagued by problems. Defence chiefs decided to bring in the new range in 2010 and ordered 589 from the US company General Dynamics in 2014, originally hoping to bring them in from 2017.

Particular difficulty was caused by problems integrating a separately designed 40mm cannon insisted upon by the MoD, which caused at least 18 months of delays, prompting the defence select committee to say in March that the programme was “yet another example of chronic mismanagement by the Ministry of Defence”.

The leak suggests the problems go far beyond the cannon, although the MoD has tried to keep a lid on the issue. Last month, responding to the select committee’s conclusion, the MoD acknowledged there were “a number of other technical challenges” beyond cannon integration, but did not spell out what they were.