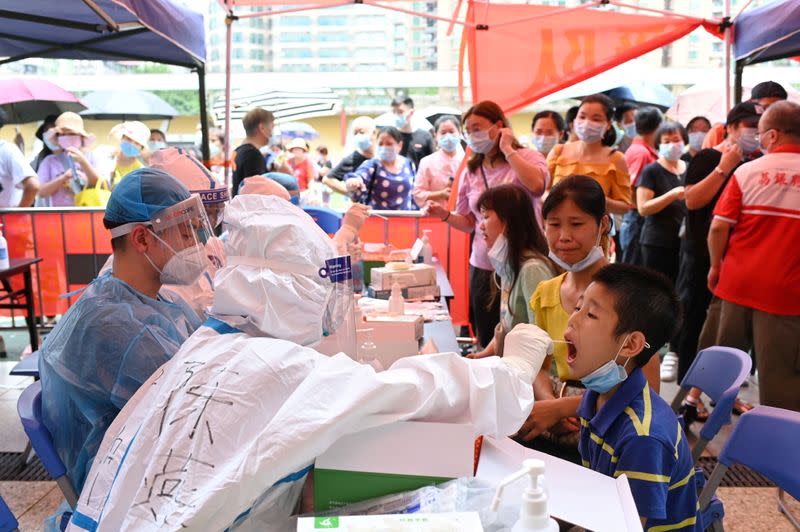 BEIJING (Reuters) -The southern Chinese metropolis of Guangzhou on Sunday reported seven new local confirmed COVID-19 patients for June 5, bringing the city’s total since May 21 to 80 amid a resurgent outbreak.

Overall, China reported 30 new mainland coronavirus cases for June 5, up from 24 a day earlier, the country’s health authority said in a statement on Sunday. Of the new cases, 23 were imported.

The remaining seven cases were all local infections in Guangzhou, according to data from Guangdong province, where Guangzhou is the capital.

In Guangzhou, the mass testing of residents is being carried out in 11 districts. People leaving the city must show proof of a negative COVID-19 test result within the past two days, Chen Bin, the deputy director of the Guangzhou Municipal Health Commission, said during a news briefing on Sunday carried by state-owned Xinhua News Agency on its social media account.

As of June 5, China has counted a total of 91,248 confirmed COVID-19 cases since the pandemic began. Its death toll stood unchanged at 4,636.