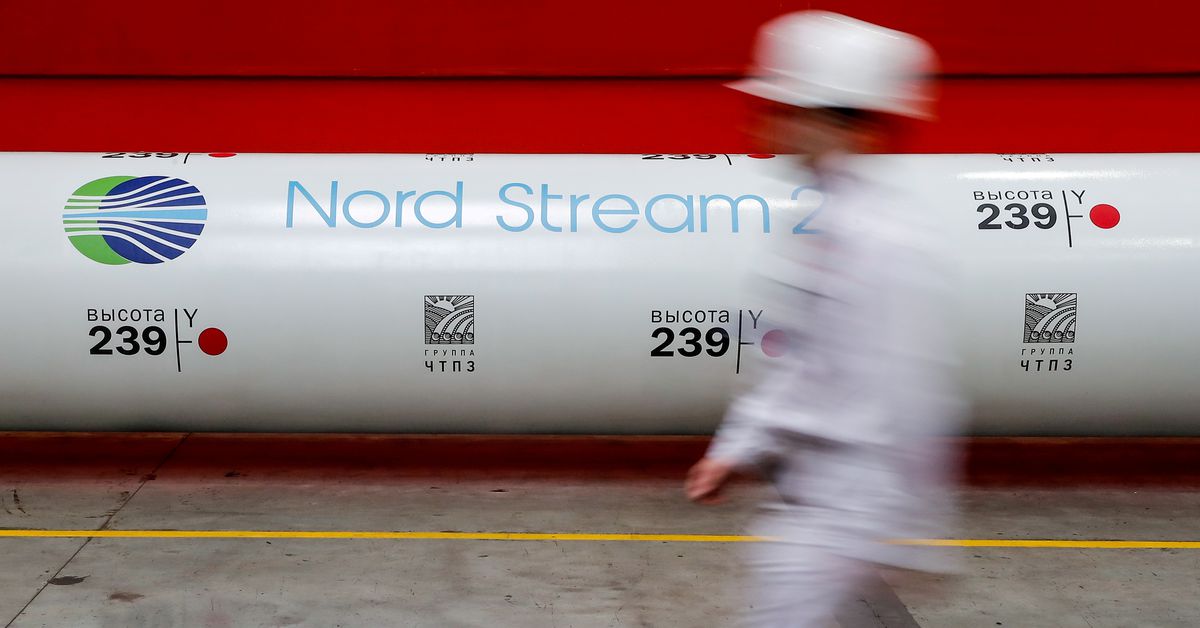 The logo of the Nord Stream 2 gas pipeline project is seen on a pipe at the Chelyabinsk pipe rolling plant in Chelyabinsk, Russia, February 26, 2020. REUTERS/Maxim Shemetov/File Photo/File Photo

Germany said Ukraine should remain a transit country for Russian gas, the Frankfurter Allgemeine newspaper reported, after President Vladimir Putin said it would depend on the former Soviet republic showing “goodwill” towards Moscow.

Putin said on Friday that Ukraine’s role as a transit country was not assured once the Nord Stream 2 pipeline linking Russia and Germany was complete. read more

Germany, which has backed the pipeline in the face of fierce opposition from the United States and many European countries who say it deprives Ukraine of crucial leverage over its eastern neighbour, has always insisted it must remain a transit country.

“For the German government it remains central that Ukraine should remain a transit country even after Nord Stream 2,” government spokesperson Stefffen Seibert said.

Germany expected Russia to adhere to an existing inter-governmental agreement committing it to sending gas via Ukraine, he was quoted as saying in the newspaper report.

“With their transit agreement, negotiated in part by the EU and Germany, Russia and Ukraine created the framework for this,” he said. “We expect this agreement to be adhered to.”

The gas transit treaty expires in 2024, but can be extended.

Others within the government were more critical.

Opposition parties, including the Greens who are running the conservatives a close second in polls ahead of September’s national election, have said the pipeline should be scrapped.