With help from Meridith McGraw, Allie Bice, and Daniel Payne

Welcome to POLITICO’s West Wing Playbook, your guide to the people and power centers in the Biden administration. Did someone forward this to you? Subscribe here! Have a tip? Email us at [email protected].

As former President DONALD TRUMP continues to tease a 2024 run and tightens his grip on the Republican party, JOE BIDEN’s resolve to run in 2024 has grown, according to several Democrats connected to the White House.

Biden has previously declared that, ”My plan is to run for reelection,” but some Democrats felt he had to say that to avoid being seen as a lame duck.

Democrats in and around the White House, however, are increasingly convinced that barring some huge shift, Biden is going to run again, despite the fact he’d be 86 years old at the end of a second term.

“Does a secret voluntary one-termer put four-term Franklin over the fireplace?” quipped one Democrat connected to the White House, referring to the FDR portrait hanging in Biden’s Oval Office.

According to his allies, Biden believes that he is the Democrat best equipped to take on Trump, just as he did in the lead up to 2020. They also say that is driven by the idea that his legacy could be that of the president who defeated Trump and Trumpism, which he sees as an ugly, corrosive movement.

As Trump has gotten more serious about running again, so too has the Biden team’s resolve to seek a second term. But regardless of whether Trump pulls the trigger, the 2024 campaign is still poised to be a contest between the Biden legacy and Trump’s party. And Democrats close to the White House say that Trump’s grip on Republicans may be motivation enough.

Trump openly teased the prospect of running again in 2024 this past weekend in North Carolina, and close allies say he’s taking another campaign more seriously. “If he made a decision today, I suspect he’d pull the trigger,” said a close Trump ally. “I think it’s fair to say that it’s a 50/50 shot that he does it. It’s not hard to imagine that in Trump’s mind, if not for coronavirus, he would have easily won. So why not run?”

Other close allies say that Trump has also been uninterested in discussing his presidential library, which they interpreted as a sign of his seriousness about 2024. He hasn’t sent any fundraising emails for it either. “It’s too soon to discuss future library plans,” spokesperson JASON MILLER said in a text message.

That is different from Trump’s predecessor. BARACK OBAMA unveiled plans in May 2017.

Miller responded that “President Trump is the most powerful name in politics, and his immediate focus is on helping Republicans win back the Senate and House in 2022.”

Do you work in the Biden administration? Are you in touch with the White House? Are you ROSA PO?

We want to hear from you — and we’ll keep you anonymous: [email protected]. Or if you want to stay really anonymous send us a tip through SecureDrop, Signal, Telegram, or Whatsapp here. You can also reach Alex and Theo individually.

A message from Citizens’ Climate Lobby:

Climate change threatens America’s communities and our economy. Putting a price on carbon will show tangible results in the first year and reduce America’s emissions 50% by 2030. It’s time for carbon pricing – good for the environment, the economy and America. Learn more.

With the Partnership for Public Service

Which 20th-century president moved out of the White House and into the Blair House due to extensive renovations?

(Answer at the bottom.)

IT’S GETTING HOT IN HERE — The White House has often said a return to normal operations would be gradual, and definitely not as if someone had flipped a switch.

Nope. Someone definitely flipped a switch. At least that’s how it felt inside the White House briefing press room on Monday, per NATASHA KORECKI (follow her!).

On the first day back at full capacity, the James S. Brady briefing room was packed to the brim.

Last month, the White House expanded to 50 percent capacity or 24 reporters. On Monday, journalists commented to each other that it was the most crowded indoor place they’d been without a mask since Covid began.

“Please no one standing in the aisle,” an announcement over the speaker said shortly before the briefing started. Reporters looked around at one another but didn’t move.

“Hope everyone’s cozy,” press secretary JEN PSAKI beamed when she walked in. Gone was what became a Psaki tradition of calling on every reporter in the room; there were just too many.

Every seat was filled, 49 in all. Others stood on the side aisles (for a total of 83 in the room by BRIAN KAREM’s count). On the 90-plus-degree day, it was stuffy, the air conditioning straining to keep up. So yes, back to normal.

WHAT THE WHITE HOUSE WANTS YOU TO READ: SUSAN RICE and MIKE GWIN both tweeted out this CNN story today on new gun rules from the Justice Department.

WHAT THE WHITE HOUSE DOESN’T WANT YOU TO READ: No one from the White House tweeted this Washington Post story which declared that, “On issues of racial justice — which he identified as one of the four major crises he would prioritize — Biden has few tangible accomplishments to point to aside from a handful of executive orders, as well as legislation combating Asian American hate crimes.”

FLOTUS v. FOX : A Fox News segment this afternoon criticizing Biden for not doing more to mark the anniversary of D-Day on Friday prompted unusual public pushback from the First Lady’s office.

“Hi @HARRISFAULKER and @FoxNews. Please feel free to update your segment,” he wrote.

LaRosa said he hasn’t heard back from Fox. A Fox spokesperson pointed out that the online version of the story referenced Jill Biden’s tweet even though the on-air segment did not. Another D-Day segment later this afternoon also mentioned the first lady’s tweet.

A NEW MANCHIN WHISPERER? The night before Sen. JOE MANCHIN (D-W.Va.) dropped his bombshell op-ed, he had dinner with Energy Secretary JENNIFER GRANHOLM on his houseboat, their offices confirmed. Both of their spouses joined for the Saturday evening meal. The four of them are longtime friends — Manchin and Granholm both served as Democratic governors in the 2000’s, in West Virginia and Michigan, respectively.

They must really like each other. The Saturday dinner was the third consecutive day they’d spent together, following Granholm’s trip to West Virginia Thursday and Friday, where she was joined by the senator to announce Energy Department funding awards and campaign for Biden’s infrastructure package.

In a joint Manchin-Granholm interview with West Virginia’s Metro News, Manchin praised the administration. “I’ve never had an administration pay this much attention [to West Virginia]. I’ve had a lot of lip service before,” he said. From DANIEL LIPPMAN (follow him here!) 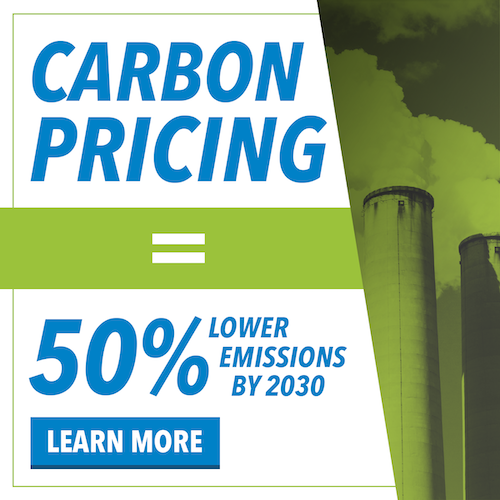 MORE LYFT LINKS — Deputy U.S. trade representative nominee SARAH BIANCHI consulted for Lyft as well as the City of Birmingham, Ala., in 2019, according to her newly filed personal financial disclosure.

Bianchi, who worked for Biden while he was vice president, is one of several Biden nominees and staffers who consulted for Lyft before joining the administration, along with LISA MONACO, the deputy attorney general; White House deputy chief of staff JEN O’MALLEY DILLON; VICTORIA NULAND, the State Department’s under secretary for political affairs; and Psaki.

A White House spokesperson said Bianchi didn’t advise Lyft on one of its top priorities at the time — defeating AB 5, a California bill that would have forced Lyft to classify its drivers as employees rather than independent contractors — but declined to provide more details on her consulting work.

And the Energy and Natural Resources Committee will hold a hearing with TRACY STONE-MANNING, Biden’s nominee to be director of the Bureau of Land Management and three Energy Department nominees — SHALANDA BAKER, SAMUEL WALSH and ANDREW LIGHT.

Op-ed: Ron Klain may be the most effective chief of staff “in modern history” (Chris Whipple for The Hill)

Vice President KAMALA HARRIS is doing a one-on-one with NBC’s LESTER HOLT which will air tomorrow night on NBC Nightly News with portions airing on ‘TODAY’ and other NBC properties.

She met with Guatemalan President ALEJANDRO GIAMMATTEI at the Palacio Nacional de la Cultura in Guatemala City, and held a joint press conference with Giammattei, following their meeting.

Harris then participated in a roundtable discussion on migration with Guatemalan community and civil society leaders, and an event regarding intergenerational innovators and entrepreneurs.

In the evening, she leaves Guatemala and heads to Mexico City.

White House deputy press secretary ANDREW BATES has some quirks. But perhaps his strangest one was his campaign meal schedule: lunch at 10 a.m. (10:30 qualifies as a “late lunch”), and dinner in the 4 p.m. hour, he told Fox News in November.

“And at 10:30 p.m., my girlfriend and I would watch The Sopranos and she’d ask me why I was already destroying breakfast,” he said.

Asked how that meal schedule — which properly appreciates that breakfast can and should be consumed at night — has carried over into the White House, Bates did not immediately respond.

We want your tips, but we also want your feedback as we transition to West Wing Playbook. What should we be covering in this newsletter that we’re not? What are we getting wrong? Please let us know.

A message from Citizens’ Climate Lobby:

•Puts Americans back to work.

•Produces tangible results in the first year, with a 50% reduction in America’s carbon pollution by 2030.

•Is backed by a broad coalition of Americans, including economists, scientists, and business leaders.