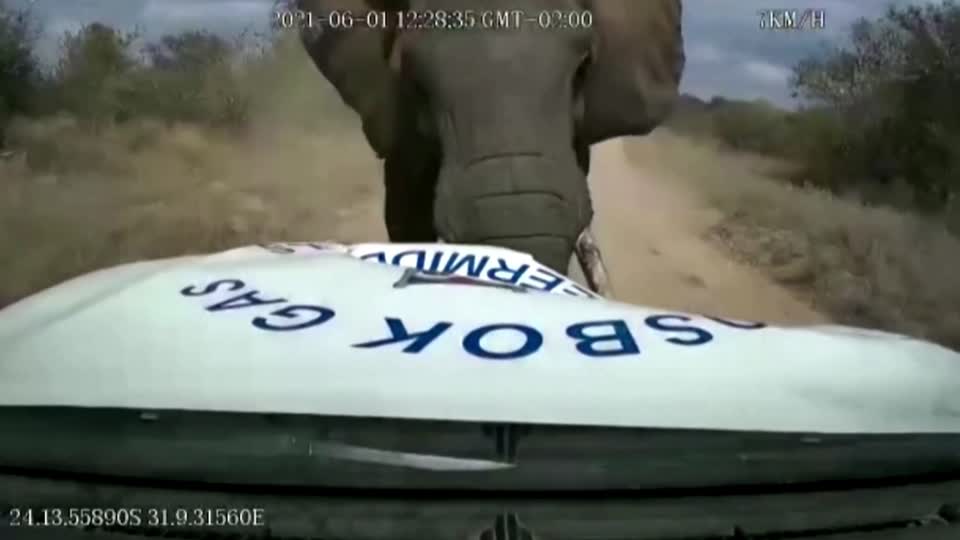 Norman Nukeri, a fuel supply driver in Hoedspruit, was on his way to a client’s lodge on June 1 when he stopped for elephants crossing the path.

One elephant started coming towards the vehicle then left its path, but returned and charged towards the truck and driver. The animal made contact and crumpled the vehicle’s bonnet, leaving Nukeri stunned but unharmed.

The driver did not want to leave the truck and said he only felt safe when the rangers arrived.

”He was shell-shocked for a day or two afterwards,” said Nathan Traut, the marketing and operations manager for the company Nukeri works for, according to Kennedy News.

“When we came back to town the director took him out and had a couple of drinks with him to relax.”