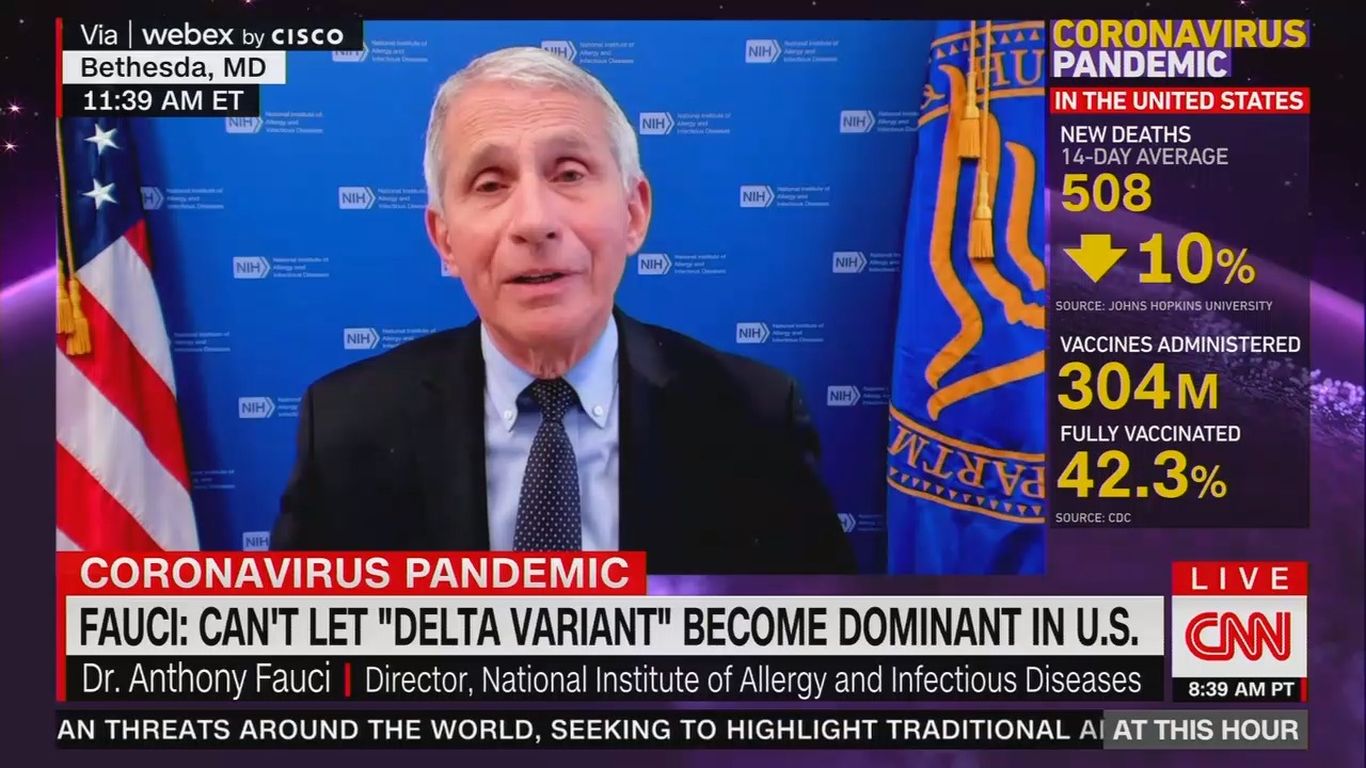 Anthony Fauci urged Americans Wednesday to get vaccinated to halt the spread of the highly transmissible COVID-19 variant first discovered in India, which currently accounts for 6% of infections in the U.S.

Why it matters: The United Kingdom has seen an explosion in new cases as a result of the variant, which is now the dominant strain and may be associated with increased disease severity.

What they’re saying: “We cannot declare victory prematurely because there is still a substantial portion of people who have not been vaccinated,” Fauci said Wednesday on CNN.

The big picture: The pace of vaccinations is waning in the U.S. Last week, there was a 13% decrease in vaccinations as compared to the week before, according to the Washington Post.