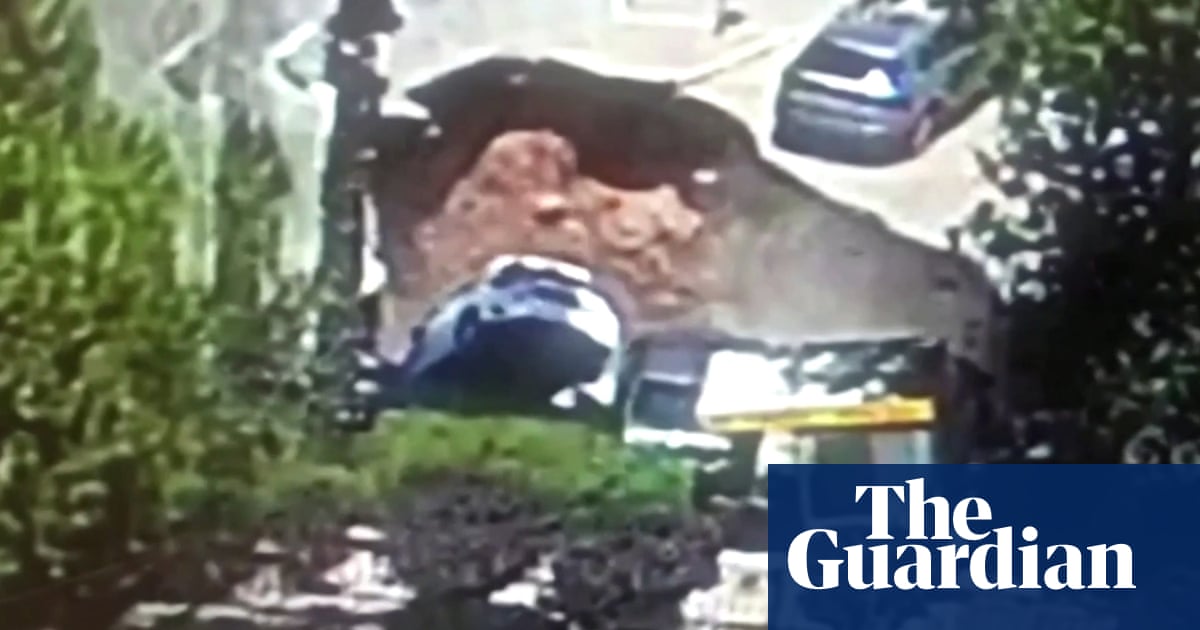 A Jerusalem hospital parking lot has collapsed into a sinkhole, Israeli police say, but no casualties have been reported. Security video distributed by the Jerusalem Shaare Zedek Medical Center, showed cars falling into the sinkhole. Israeli police, backed by fire and rescue services, blocked the roads surrounding the hospital to conduct searches in the area. Hospital officials said they believed the collapse to have been triggered by a highway tunnel being dug nearby.