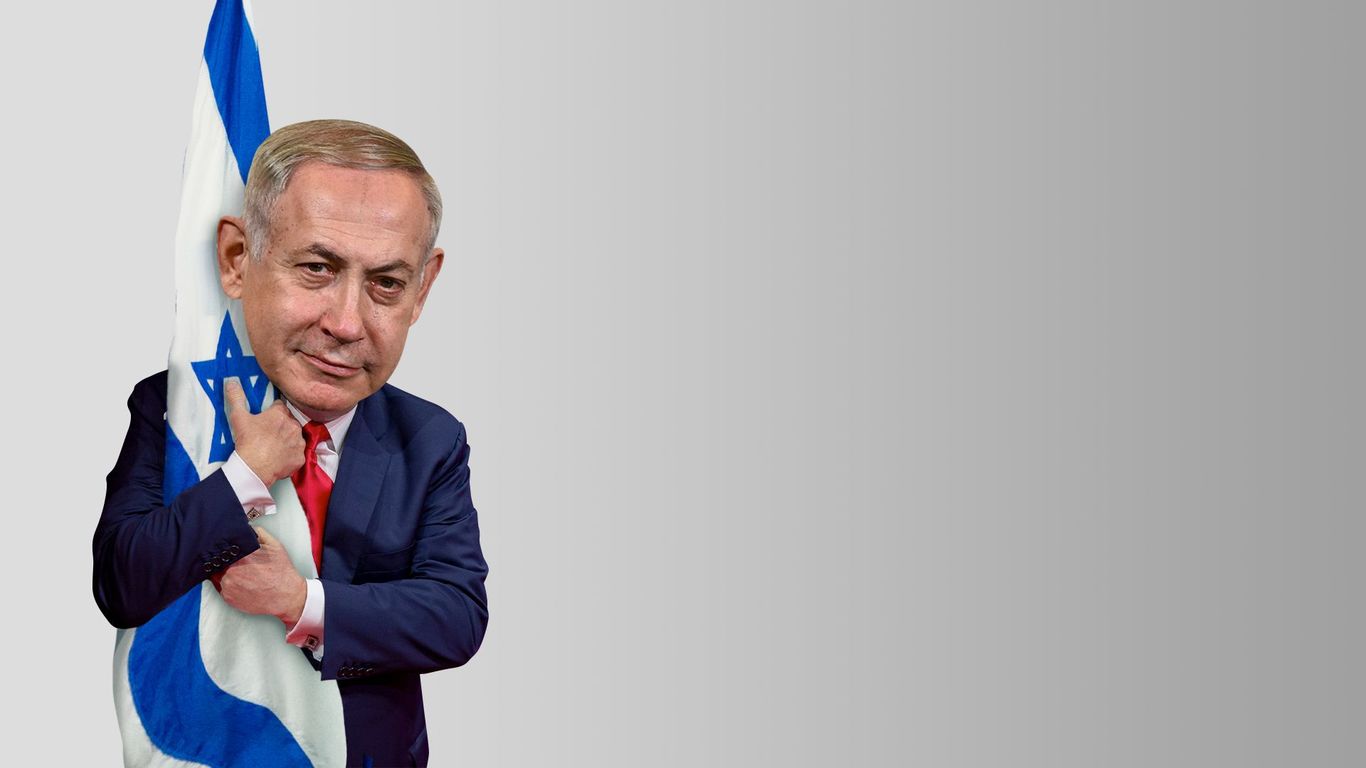 On the verge of being replaced after 12 years in power, Israeli Prime Minister Benjamin Netanyahu is waging a desperate, Trump-style campaign to de-legitimize the incoming government and accuse its leaders of perpetrating “the fraud of the century.”

Why it matters: The situation has become so tense — with members of the Israeli Knesset facing death threats and demonstrations from angry Netanyahu supporters outside their homes — that the director of Israel’s Shin Bet domestic security agency issued a rare warning of potential political violence.

The backstory: Netanyahu failed to form a government after Israel’s fourth consecutive election in March, after which Naftali Bennett — a right-wing former Netanyahu protege — cut a power-sharing deal with the “anti-Netanyahu bloc” to become the next prime minister.

In Monday’s speech, Netanyahu also doubled down on his attacks against Bennett and said his power-sharing government with opposition leader Yair Lapid was “the biggest election fraud in history.”

The other side: Bennett responded with a speech of his own during the evening news, echoing the tone used by Joe Biden on Jan. 6 and calling on Netanyahu to commit to a peaceful transition of power.

What to watch: Bennett and Lapid need to survive a confidence vote in the Israeli parliament, the Knesset, to ensure they take power.

What’s next: If the confidence vote succeeds, the swearing in of the new government will take place on Sunday at 9am ET. Netanyahu is expected to give a speech beforehand attacking the incoming government.