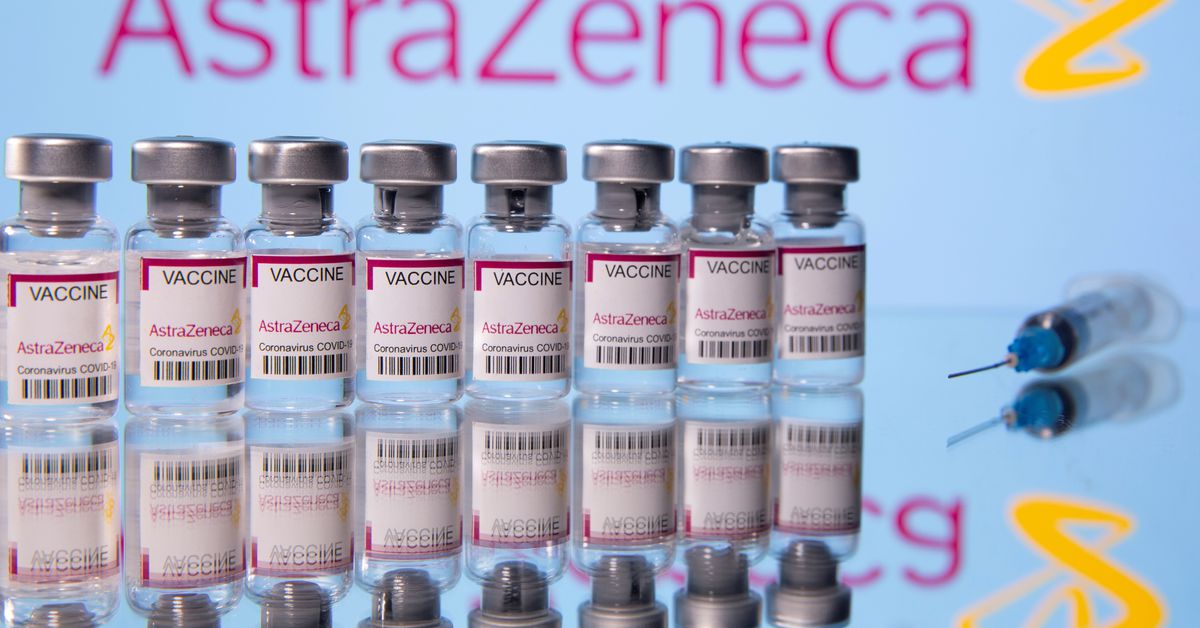 A study of side effects following vaccination with AstraZeneca’s (AZN.L) anti-COVID-19 shot in Scotland found only an association with a largely harmless bleeding condition and no link to brain clots, underscoring the rarity of potential complications.

A group of researchers led by University of Edinburgh Professor Aziz Sheikh, who tracked the health of 5.4 million people in Scotland, found that about one additional case of idiopathic thrombocytopenic purpura (ITP) per 100,000 people occurred after the first injection with the of Astra vaccine.

ITP is a treatable condition of low platelet count with a range of possible symptoms and has not caused any deaths among the cohort monitored for the study, which included 1.7 million recipients of the Astra vaccine, the authors said.

The study, published in the journal Nature Medicine on Wednesday, suggested a vague link to arterial clotting or bleeding. But potentially deadly venous clotting in the brain, known as CVST, which has caused concern in Europe, particularly Scandinavia, was not associated with the Astra shot in the data analysis.

Due to the rarity of CVST, the Scottish data sample may have been too small to allow for any conclusions, Aziz told a media briefing.

“The overall message is just the rarity of these outcomes,” said Aziz.

“This is reassuring data, and we would very strongly encourage people, when they receive the invitation to get vaccinated, to go ahead,” he added.

Cases of low platelet counts in combination with blood clots reported in people within weeks of receiving the Astra shot have resulted in limits imposed on the shot’s use on younger people across Europe, including some outright halts for all ages.

Britain’s Medical and Healthcare products Regulatory Agency (MHRA) had previously reported low platelet counts in combination with blood clots following vaccination with the AstraZeneca vaccine known as Vaxzevria were estimated to occur at a rate of about 1.3 in 100,000 first doses.

The European Union’s drugs regulator has found a possible link between low platelet counts in combination with blood clots and the Vaxzevria vaccine and with Johnson & Johnson’s (JNJ.N) single-dose shot. read more

The EU body, as well as MHRA, have maintained that overall benefits of both the vaccines outweigh any risks posed by them.