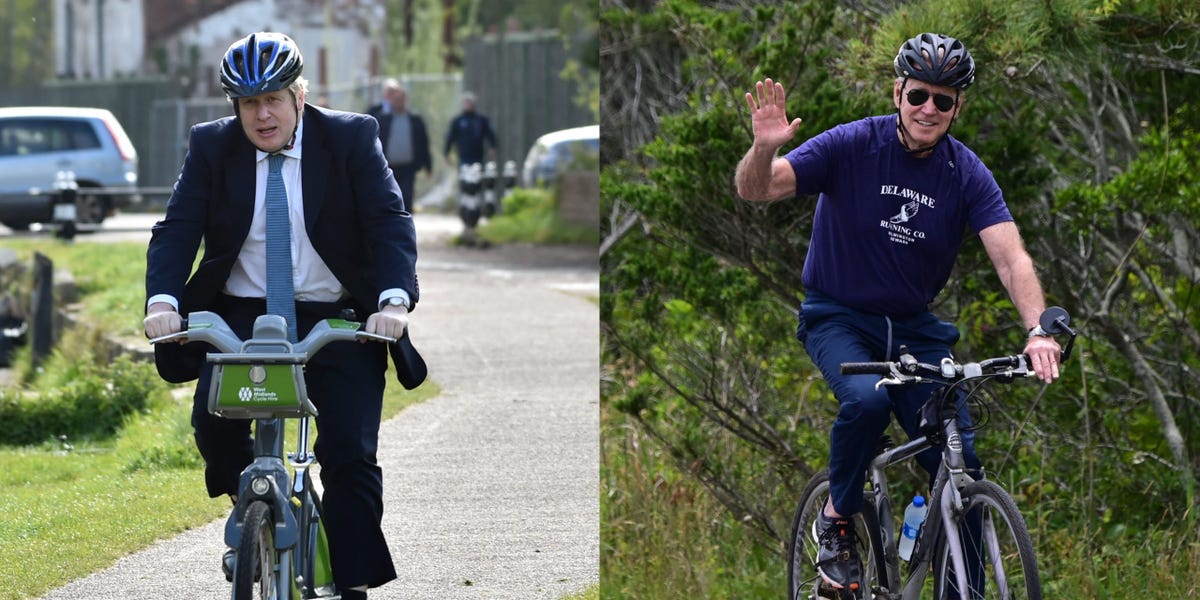 The gift was offered as “a gesture of friendship and in recognition of their shared interest in cycling,” the White House said.

An avid cyclist, Johnson regularly biked to work when he was the mayor of London. Earlier this year, he was criticized for going on a ride outside of his local area while the United Kingdom faced a surge in COVID-19 infections.

Biden also enjoys a leisurely bike ride and was most recently seen taking one last week with first lady Jill Biden to celebrate her 70th birthday. The president is also a fan of indoor cycling and part of his exercise regime during quarantine included working out on a Peloton bike.

Johnson’s new bicycle is painted blue with red and white details and bears signatures of both leaders as well as the US and UK flags. Bilenky Cycle Works, a Philadelphia-based small family business, built the bike and matching helmet in less than two weeks, The Philadelphia Inquirer reported Friday.

The owner, Stephen Bilenky, told the newspaper he got an email from the State Department about the bike order. “It was a crazy 10 days,” he said.

As part of the customary exchange of gifts between world leaders, Johnson gave Biden a framed photo of a mural of abolitionist Frederick Douglass, Reuters reported.

Biden met with Johnson during his first overseas trip as president ahead of the G7 summit taking place from Friday to Sunday. The world leaders gathered to discuss several topics, notably defeating the coronavirus pandemic.