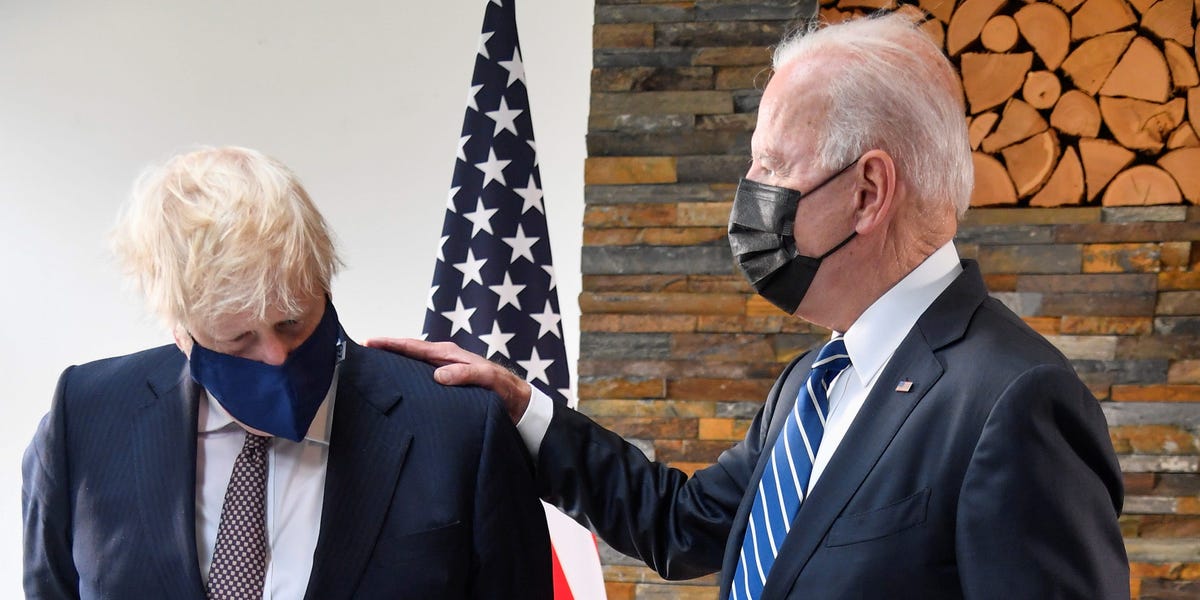 The City of London and Switzerland are trying to mitigate the effects of the global minimum tax agreed to by the wealthy nations that make up the G7.

Last Saturday, G7 finance ministers meeting in London agreed to a global corporate minimum tax of 15%, which companies would need to pay in each country where they operate.

The plan was first put forward by US Treasury Secretary Janet Yellen.

Many companies register themselves in countries with favorable tax rates, like Ireland and Switzerland. The G7 plan is an attempt to impose extra costs on that practice.

President Joe Biden and Prime Minister Boris Johnson are among the G7 leaders attending events in the English county of Cornwall this week.

Activists have long complained that companies like Google, Amazon, and Facebook avoid paying millions of dollars in taxes because of their use of tax havens.

But London and Switzerland are already working to ensure they don’t get badly hit by the minimum tax rate, as they fear it will make their financial districts less attractive.

The central Swiss government has discussed ways to offset the G7’s minimum tax rate with the 26 Swiss cantons, according to the Financial Times.

Ernst Stocker, the finance chief of the Zurich canton, told the SRF broadcaster on Monday that the country needed to stay attractive to businesses and might need to introduce new tax deductions.

In the UK, Chancellor Rishi Sunak is worried that banks based in London, which he says pay adequate tax, will be wrongly dragged into the 15% rate.

London’s finance sector is of disproportionate importance to the UK economy and is a hub for business activities from all over the world.

Sunak is attempting to get the City of London an exemption to any minimum tax rate, according to reports.

A source close to the G7 talks told The Guardian that several other European Union countries wanted financial services to be excluded from the minimum rate.

“The Europeans don’t want to pull too many companies into this — they’re mostly interested in US tech,” the source said.

Sorgente articolo:
London and Switzerland are seeking ways to dodge the global minimum tax Biden is pushing at the G7 – Business Insider