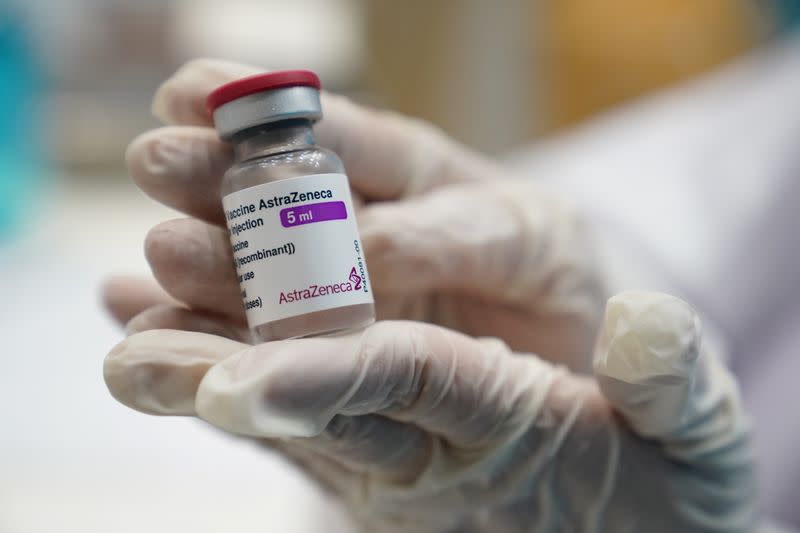 TAIPEI (Reuters) – Taiwan discussed with AstraZeneca Plc producing its COVID-19 vaccine but the talks fell through as the government felt it could not produce the 300 million shots the company requested, Health Minister Chen Shih-chung said on Thursday.

Taiwan has been striving to speed up deliveries of 20 million vaccine doses it has ordered from overseas, including from AstraZeneca and Moderna Inc, as it battles a spike in domestic infections.

Only around 3% of Taiwan’s 23.5 million people have received at least one shot so far, with further supplies held up by global production problems.

Taking lawmaker questions in parliament, Chen said the government had talked with AstraZeneca about producing 100 million doses on the firm’s behalf, but the company had said it had hoped for a minimum of 300 million doses.

“We considered that it would be difficult, and would fully occupy production lines. It’s not possible for Taiwan to consume so much,” he said.

On Saturday, he said Taiwan was in talks with U.S. companies about making their COVID-19 vaccines, though he did not name them.