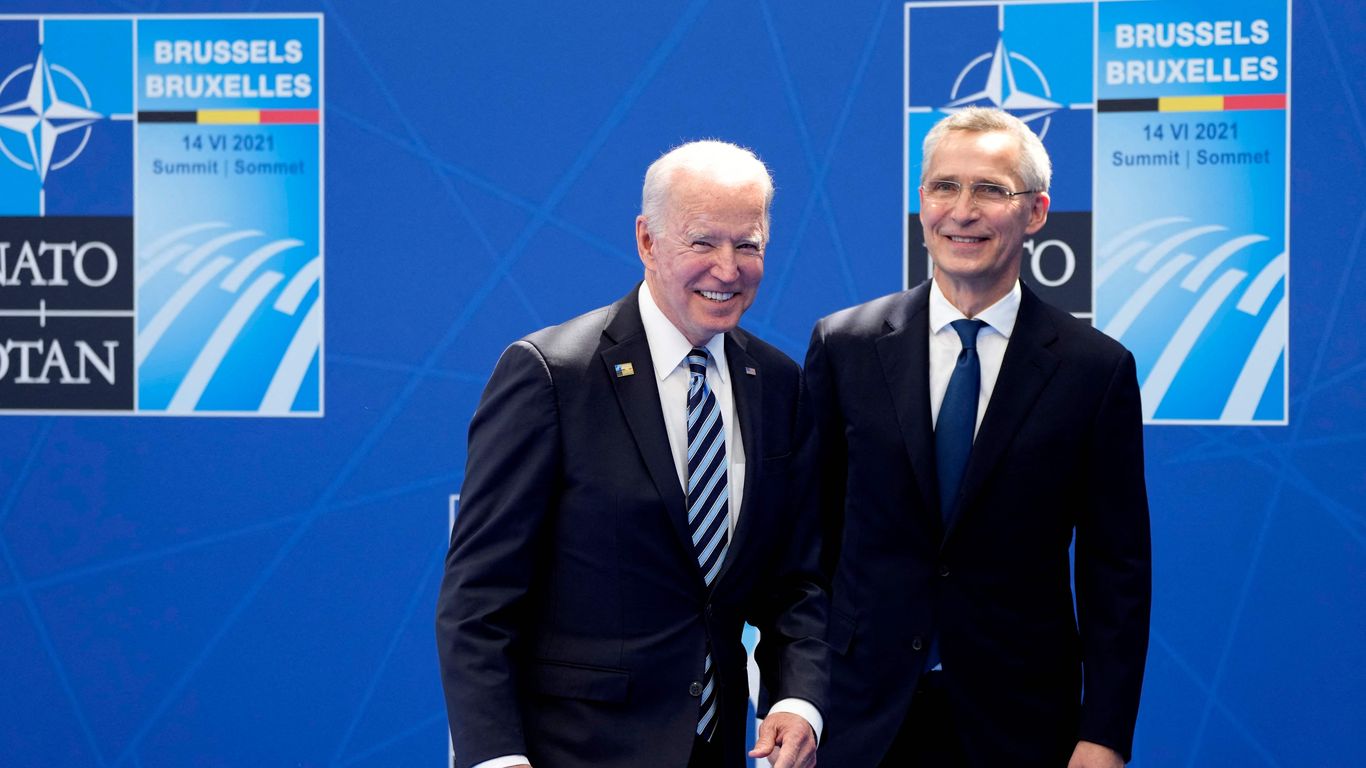 Why it matters: It’s the first time that NATO, which was founded in 1949 to confront the Soviet Union, has formally addressed the threat posed by China’s military ambitions. The alliance did not, however, refer to China as a “rival” or “adversary.”

Details … NATO leaders addressed China in depth in the 55th section of their 79-section communique, raising concerns about the following “coercive policies”:

Yes, but: “Based on our interests, we welcome opportunities to engage with China on areas of relevance to the Alliance and on common challenges such as climate change,” the communique adds. “Reciprocal transparency and understanding would benefit both NATO and China.”

The big picture: President Biden embarked on his first international trip to the G7 and NATO summits with the goal of rallying allies to confront Beijing’s economic and human rights abuses, which include — in the eyes of the U.S. State Department and several NATO-associated parliaments — the genocide of Uyghur Muslims.

Between the lines: The communique references “Russia” 62 times, compared to just 10 times for “China” — a sign that NATO’s main priority remains, for now, on Europe’s eastern front.