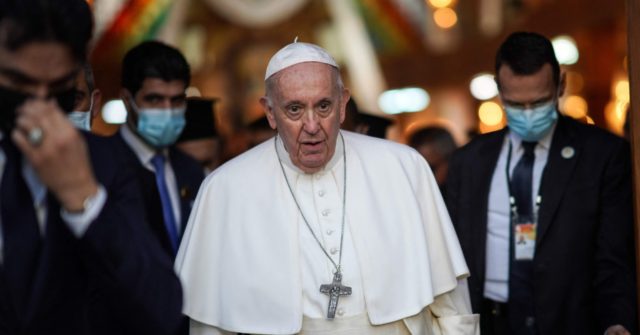 ROME — Pope Francis said Monday poverty is not a natural condition of human beings but always a consequence of the selfishness of others.

It is wrong to “saddle the poor with responsibility for their condition,” the pope said in his message for the 2021 World Day of the Poor, because “poverty is not the result of fate; it is the result of selfishness.”

“With great humility, we should confess that we are often incompetent when it comes to the poor,” Francis said. “We talk about them in the abstract; we stop at statistics and we think we can move people’s hearts by filming a documentary.”

In his analysis of poverty, the pontiff echoes the work of the Peruvian theologian Gustavo Gutiérrez, whom the pope has praised publicly.

In his groundbreaking 1971 book, A Theology of Liberation, Gutiérrez declared that the root cause of poverty is “the injustice of oppressors.”

“Poverty is not caused by fate,” Gutiérrez asserted in the same language employed by Francis, but is always caused by the actions of others. Sin is “the ultimate cause of poverty.”

“Poverty is an expression of a sin, that is, of a negation of love,” he continued. “It is therefore incompatible with the coming of the Kingdom of God, a Kingdom of love and justice. Poverty is an evil, a scandalous condition, which in our times has taken on enormous proportions.”

The “us and them” divide between the poor and the wealthy will always be a relationship between oppressors and the oppressed, Gutiérrez argued, adopting Marxist categories, and therefore the Church must make a choice.

“In today’s world the solidarity and protest of which we are speaking have an evident and inevitable ‘political’ character insofar as they imply liberation,” Gutiérrez wrote. “To be with the oppressed is to be against the oppressor.”

Despite its prima facie plausibility, the pope’s claim that poverty is unnatural — a phenomenon produced by “selfishness” — is contradicted by the economic history of the world.

Every human being comes into the world naked and vulnerable, possessing nothing at all. His poverty is not created; it is simply the natural condition of all people.

Nations, too, are naturally poor. Prior to the industrial revolution, the Economist has pointed out, “wealth gaps between countries were modest: income per person in the world’s ten richest countries was only six times higher than that in the ten poorest” because there were no wealthy nations.

All of that changed as “incomes accelerated in western Europe and then America,” the article continued, and the distance between these countries and others grew. In other words, certain nations have left behind their natural poverty by growing wealthy.

“By the 1970s average income per person in the ten richest countries was around 40 times higher than that in the ten poorest,” the essay stated.

Or as one can read in Our World in Data, from “the long-term perspective of social history, we know that economic prosperity and lasting economic growth is a very recent achievement for humanity.”

The current poverty of the poorer nations is not, by and large, a result of the exploitation by the wealthy (though this has occasionally occurred), but rather the result of staying behind while others advanced.

Study of the causes of poverty will always be a fruitless endeavor since it is based on the mistaken belief that poverty is not man’s natural state.

The study of wealth creation, on the other hand, — how individuals and nations rose from a natural state of indigence to one of prosperity — is a far more productive pursuit because it explores a process that can be repeated to the benefit of many.

The pope is also convinced that poverty is on the rise worldwide and “the poor increase around us,” another claim belied by the facts.

With the passage of time and the advances of civilization the number of poor people increases rather than diminishing, Francis asserted in 2019, and “the poor are always poorer, and today they are poorer than ever.”

As a Brookings Institution report revealed in late 2018, however, the world is currently experiencing “the lowest prevalence of extreme poverty ever recorded in human history — less than 8 percent,” and that number falls with each passing year.

According to the widely used “international poverty line,” people are considered to be in “extreme poverty” if they live on less than $1.90 per day or its equivalent.

It is not only “extreme poverty” that is falling, however. The global poverty rate has been falling across every single poverty line, whether the bar is set at $1.90 a day or $10 a day.

This does not suggest that poverty is not a problem or that poverty reduction is not a worthy and important goal. It does mean, however, that global poverty is not increasing but is decreasing rapidly. In free market economies that favor wealth creation such as the United States, “extreme poverty” has virtually been eradicated.

The pope has also insisted that the gap between rich and poor has widened “to become the largest in history.”

In point of fact, however, no such “gap” exists between the wealthy and the poor, since the vast majority of people live somewhere in the middle.

There is not a cluster of enormously rich people followed by an immense mass of very poor people. The majority of people are neither very rich nor very poor.

The pontiff’s well-intentioned appeals on behalf of the poor would gain greater credibility and impact if he allowed himself to be counseled by people with some knowledge in economics rather than by ideologues driven by their own agendas.

Sorgente articolo:
Pope Francis: Poverty ‘Not the Result of Fate’ but of ‘Selfishness’ – Breitbart