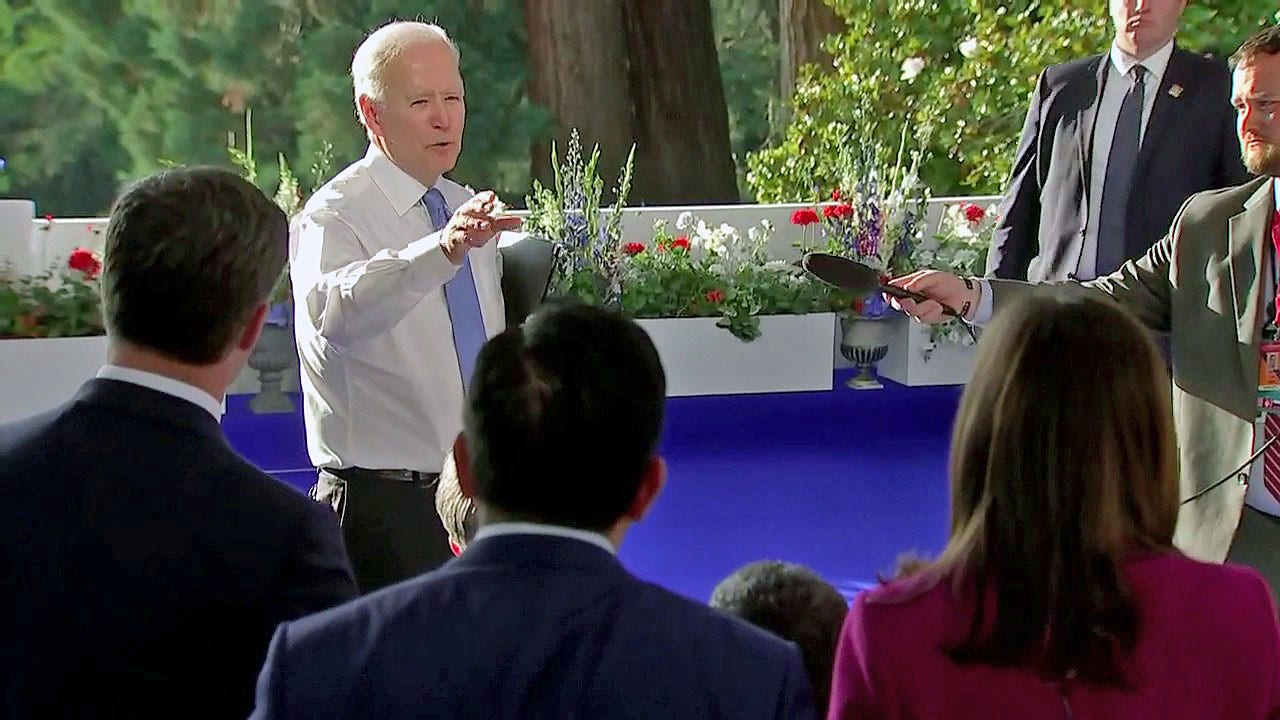 President Biden snapped at a reporter at the end of his press conference Wednesday in Geneva after she asked why he was “confident” Russian President Vladimir Putin would change his previously malign behavior.

Biden, who was walking away after saying he was committed to freeing Americans imprisoned in Russia, whirled around at his questioner and said, “I’m not confident he’ll change his behavior. What in the hell, what do you do all the time?”

As CNN’s Kaitlan Collins tried to speak, Biden stuck up a finger and continued, “When did I say I was confident? Let’s get this straight. I said what will change their behavior is if the rest of the world reacts to them and diminishes their standing in the world. I’m not confident of anything. I’m just stating a fact.”

“But given his past behavior has not changed, and in that press conference after sitting down with you for several hours, [Putin] denied any involvement in cyber attacks, he downplayed human rights abuses, he even refused to say [Russian dissident] Alexei Navalny’s name. So, how does that account to a constructive meeting?” Collins asked.

“If you don’t understand that, you’re in the wrong business,” Biden said, before finally walking away.

“If you’re the most powerful person in the world and you can’t field questions from the media without losing your temper, maybe you’re in the wrong business,” New York Magazine’s Olivia Nuzzi tweeted afterward.

WHTE HOUSE PUSHES BACK ON REPORT BIDEN AFFIRMED HE COULD TRUST PUTIN: ‘NOT RESPONDING TO ANY ONE QUESTION’

The rare unscripted moment came as Biden once again called on a pre-selected list of journalists before answering some shouted ones at the end, including from Fox News’ Peter Doocy.

Biden apologized for his tone with Collins afterward, saying on the tarmac before boarding Air Force One he shouldn’t have been a “wise guy.”

Biden held a solo news conference after Putin completed his following their summit Wednesday in Geneva. The two leaders discussed the recent tensions between the two countries, including suspected Russian cyber attacks, as well as human rights issues.

Earlier in the press conference, he said the next few months would be a test of how effective the summit was.

“We’re going to be able to look back in three to six months and say, ‘Did the things we set out, did they work?'” Biden said. “That’s going to be the test.”