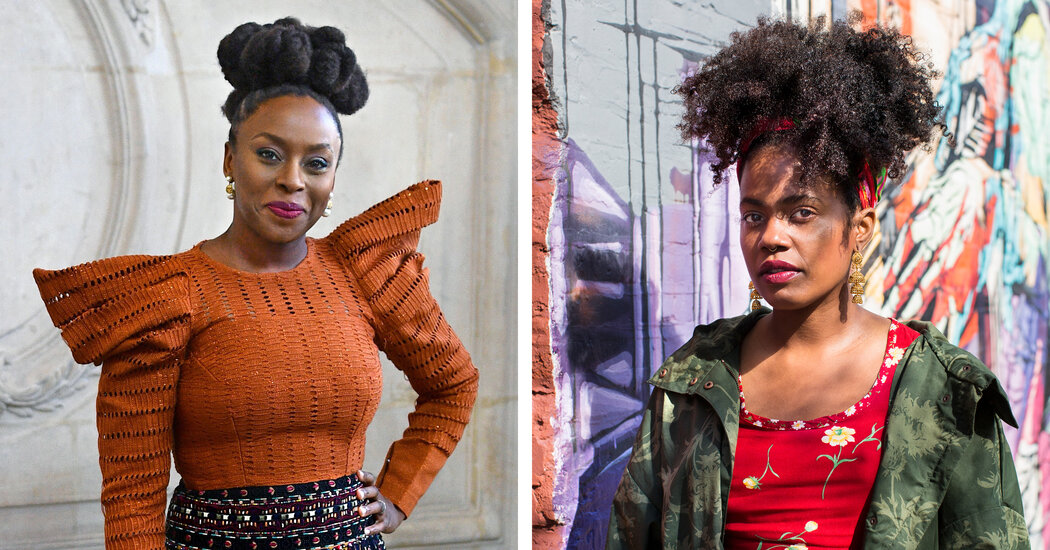 For more than a decade, the Nigerian novelist Chimamanda Ngozi Adichie has coached and mentored African writers through her annual creative writing workshop. Held in Lagos and Awka in Nigeria, the program has more than 200 graduates, including rising stars like Ayobami Adebayo, whose debut novel “Stay With Me” was shortlisted for the Baileys Prize, and Jowhor Ile, the first Nigerian winner of the Etisalat Prize for Literature.

The workshops, with just 20 students out of thousands of applicants, are intimate and for some graduates, career-defining, leading to book deals, prizes and residencies.

“We become, even if only briefly, a family,” Adichie has said of the program.

But now, a rift between Adichie and one of her most prominent students, the writer Akwaeke Emezi, has spilled into public.

In a lengthy essay published on her website on Tuesday, Adichie accused a former student of publicly attacking her after a 2017 interview in which Adichie said, among other things, “I don’t think it’s a good thing to talk about women’s issues being exactly the same as the issues of trans women.” Adichie held up the personal feud as a cautionary tale about how social media has been used by “certain young people” as an ideological battering ram rather than a place to communicate and seek understanding.

“There are many social-media-savvy people who are choking on sanctimony and lacking in compassion, who can fluidly pontificate on Twitter about kindness but are unable to actually show kindness,” she wrote. “People whose social media lives are case studies in emotional aridity. People for whom friendship, and its expectations of loyalty and compassion and support, no longer matter. People who claim to love literature — the messy stories of our humanity — but are also monomaniacally obsessed with whatever is the prevailing ideological orthodoxy.”

While Adichie did not name Emezi or any other students, Emezi soon responded on Instagram, saying that Adichie had published emails without seeking permission, and that the essay was designed to “incite hordes of transphobic nigerians to target me.” In a later post, Emezi, who uses they/them pronouns and identifies as nonbinary, criticized the publishing industry for championing Adichie, the author of the novels “Americanah” and “Half of a Yellow Sun.”

“Adichie’s social capital originated from the publishing industry,” wrote Emezi, whose memoir, “Dear Senthuran,” was published last week. “You in the industry continue to platform her, laud her work with no mention of the harm her views inflict on the trans community, and on other writers.”

The dispute — between prominent Nigerian writers whose work has broadened the international readership for contemporary African literature — echoes a larger debate about whether Twitter and other social media outlets have become too toxic, prone to posturing and virtue-signaling rather than honest expression. “What matters is not goodness but the appearance of goodness,” Adichie wrote. “We are no longer human beings. We are now angels jostling to out-angel one another. God help us. It is obscene.”

Shortly after Adichie posted her essay, social media erupted. Her name was a trending topic on Twitter for hours, prompting tens of thousands of responses. Some people dissected and criticized her views on gender, while others agreed that some people use social media as a weapon.

Still others argued that both Adichie and her critics’ views are valid: “Chimamanda has the right to express rage and disappointment at people she thought were friends who used and deeply hurt her. Trans women also have the right to be outraged and defend themselves against being targeted by her malicious politics she tries to pass off as benevolence,” Uju Anya, a professor at Pennsylvania State University, wrote on Twitter.

In the beginning, the relationship between Adichie and Emezi appeared to be born of mutual admiration. Adichie says she helped Emezi by editing one of their stories, getting it published and writing a glowing introduction.

“I was very supportive of this writer. I didn’t have to be. I wasn’t asked to be. I supported this writer because I believe we need a diverse range of African stories,” Adichie wrote in her essay. Things soured after Adichie’s 2017 interview, which prompted Emezi to respond on social media, saying that Adichie’s remarks endangered the lives and rights of transgender people.

Later, Adichie received a copy of Emezi’s debut novel, “Freshwater,” and was surprised to find herself named in Emezi’s bio. Adichie requested that it be removed.

The conflict escalated last year, after Adichie defended an essay by the Harry Potter author J.K. Rowling about sex and gender — a piece that her critics seized on as transphobic — as “perfectly reasonable.” Emezi posted a lengthy Twitter thread, saying that when their former teacher “said those things and then doubled down and then mocked those of us who called her out (she called the response ‘trans-noise’), I was gutted.”

Adichie’s essay appears to be the first time she has publicly addressed the feud, tying the personal attacks to what she describes as a larger social and cultural problem of moral self-righteousness and reflexive attacks on those with differing views, and the corrosive effect those stances can have on unfettered debate and discussion. “We have a generation of young people on social media so terrified of having the wrong opinions that they have robbed themselves of the opportunity to think and to learn and to grow,” she wrote.