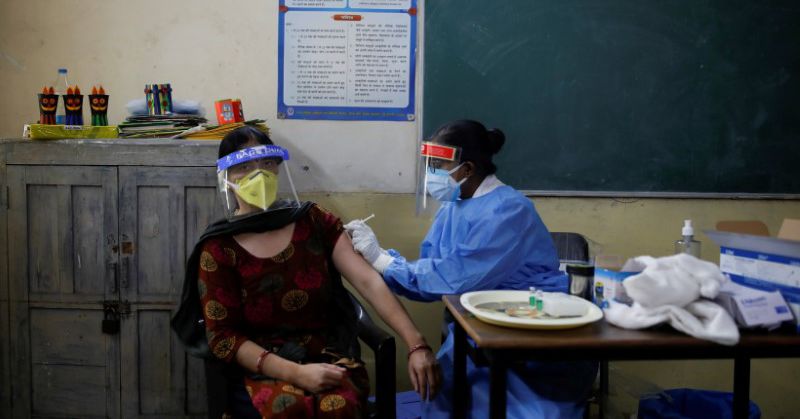 NEW DELHI, June 16 (Reuters) – India’s government on Wednesday defended its decision to double the gap between the two doses of the AstraZeneca (AZN.L) COVID-19 vaccine to up to 16 weeks, after three scientific advisers said there was no agreement on such a wide interval.

Reuters reported on Tuesday that the government increased the gap last month without the approval of the scientific group that it said recommended the move, citing three members of the National Technical Advisory Group on Immunisation (NTAGI) advisory body.

In multiple statements on Wednesday, the government said the interval was increased based on scientific evidence after thorough discussions among members of NTAGI as well as its working group on COVID-19 in two meetings held in May.

The AstraZeneca shot, made locally and branded Covishield, accounts for nearly 90% of the 259 million doses administered in India, where some states have curtailed vaccination programmes over supply constraints.

The government said a NTAGI working group on May 10 initially recommended increasing the dosing interval to 12-16 weeks, a proposal that was subsequently taken up by a larger NTAGI committee on May 13.

A healthcare worker gives a dose of COVISHIELD, a coronavirus disease (COVID-19) vaccine manufactured by Serum Institute of India, to a woman inside a classroom of a school, which has been converted into a temporary vaccination centre, in New Delhi, India, May 4, 2021. REUTERS/Adnan Abidi

The committee advised that “as per the COVID-19 working group recommendation, a dosing interval of a minimum three months between two doses of Covishield vaccine was recommended”, the government said in a statement.

According to the minutes of an NTAGI meeting held on May 28, the interval was increased based on real-world data from Britain that showed 65% to 88% protection after the first dose, if the gap was up to 12 weeks.

“Therefore, based on the real-world evidence, dose intervals between two doses of Covishield was increased from 4-8 weeks to 12-16 weeks,” said the minutes published on the health ministry’s website.

J.P. Muliyil, a member of the COVID working group, had told Reuters on Tuesday there had been discussions within the NTAGI on increasing the vaccine dosage interval but that the body had not specifically recommended 12-16 weeks.

NTAGI members had told Reuters that the group had no data concerning the effects of a gap beyond 12 weeks.

N.K. Arora, chairman of the NTAGI working group, said in a statement that the decision to expand the gap to up to 16 weeks had been made to provide “flexibility” for those who may not be able to get the second dose at 12 weeks.