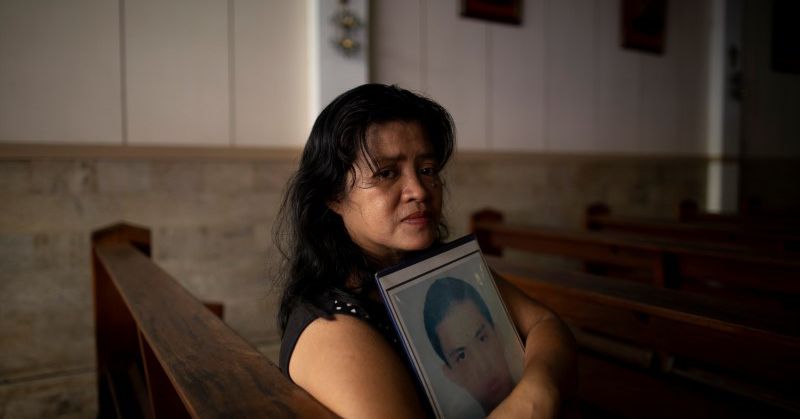 MANILA, June 15 (Reuters) – Philippine President Rodrigo Duterte will not cooperate with an investigation into the country’s bloody war on drugs planned by the International Criminal Court (ICC), his spokesperson said on Tuesday, while families of the victims cheered the move.

Normita Lopez, whose son was a victim of the anti-drugs campaign, said she could not contain her happiness when she learned about the ICC prosecutor’s request to open a full investigation into the killings.

“I am happy because I realised that justice never sleeps,” said Lopez, 56, who is among the many complainants to the ICC calling for Duterte’s international indictment over thousands of alleged extra-judicial killings.

“God is not sleeping, he always finds a way,” she said. Her 23-year-old son was killed in May 2017 for allegedly resisting arrest during a sting operation.

In what human rights groups described as a landmark step towards justice, the ICC prosecutor asked the court on Monday to allow a full investigation into the killings in the brutal war on drugs, which Duterte unleashed when he took office in 2016.

Since then, Philippine security forces say they have killed 6,117 suspected drug dealers because they fought back violently, but rights groups say authorities have summarily executed drug suspects.

Duterte, who in March 2018 cancelled the Philippines’ membership of the ICC’s founding treaty, will not cooperate with the probe, his spokesperson said, while rejecting the ICC prosecutor’s findings.

“We will not cooperate because we are no longer a member,” spokesperson Harry Roque told a news conference on Tuesday.

Under the ICC’s statute, it has jurisdiction for crimes committed while a country was a member until a year after it sought to withdraw, in this case between 2016 and 2019, when the Philippines’ pullout became official.

ICC chief prosecutor Fatou Bensouda said on Monday that she had concluded a preliminary examination into the killings and had sought permission from the court for a full inquiry.

She had said last December there were reasonable grounds to believe crimes against humanity had been committed during Duterte’s bloody anti-narcotics crackdown, whose death toll has stirred international outrage.

Normita Lopez, 56, is photographed while holding a portrait of her son Djastin Lopez, in a church nearby her home in Manila, Philippines, June 15, 2021. Lopez, whose son was a victim of the Philippines’ bloody narcotics campaign, is among the many International Criminal Court (ICC) complainants calling for President Rodrigo Duterte’s international indictment over thousands of alleged extrajudicial killings. REUTERS/Eloisa Lopez

A series of Reuters stories in 2016 and 2017 exposed the brutal killings being carried out in the Philippines as part of the war on drugs. Many of these stories were referred to in the ICC report on its preliminary examination.

Despite concerns from the international community about the crackdown on drugs, Duterte remains popular at home and many Filipinos back his tough stance on crime.

His single six-year term as president will end in June next year, and political analysts say he would want an ally to win the presidency to protect him from potential legal challenges and political vendettas once he loses immunity out of office.

“We do not need foreigners to investigate killings in the drug war because the legal system is working in the Philippines,” Roque said, adding he believed launching a formal probe was “legally erroneous and politically motivated.”

Roque said police used appropriate force and there was “no intention to target and kill civilians.”

A government anti-drugs agency said in a statement that cases filed against erring officers were being dealt with and denied there were “policies that permit, tolerate, and condone killings and other human rights violations.”

But Randy delos Santos, uncle of high school student Kian delos Santos who was killed by police officers in August 2017, said he refused to believe government claims that the victims had fought back. He said he hoped reports on his nephew’s death, which form part of the ICC report, will pave the way for other families of drug war victims to secure justice.

“I welcome the ICC (prosecutor’s move). There are many who died (in the drugs war). I feel the pain of other families,” delos Santos told Reuters.