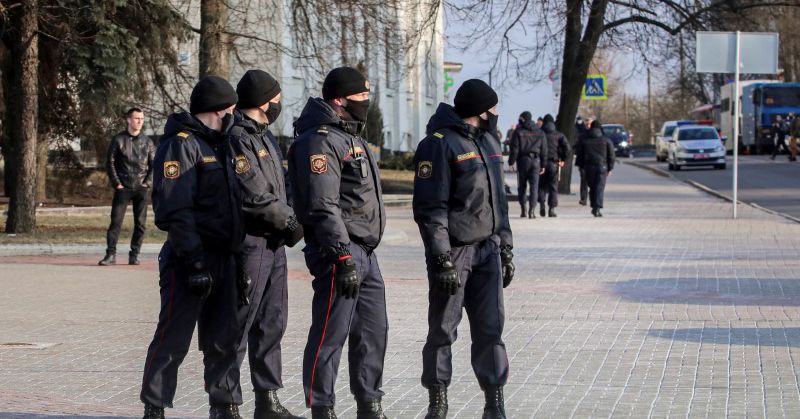 BRUSSELS/VIENNA, June 18 (Reuters) – The European Union is set to ban new loans to Belarus after reaching a deal on Friday for economic sanctions on Minsk as punishment for forcing down a flight to arrest a journalist, the Austrian foreign ministry and three diplomats said.

Broad economic sanctions would be the EU’s strongest response yet to the forced landing of a Ryanair flight in May by Belarusian authorities to arrest an exiled dissident, a move the bloc’s leaders have called state piracy.

Restrictions on the Belarusian financial sector, if agreed by EU governments at a political level, will include: a ban on new loans, a ban on EU investors from trading securities or buying short-term bonds and a ban on EU banks from providing investment services. EU export credits will also end.

Friday’s agreement overcame objections from Austria, whose Raiffeisen Bank International (RBIV.VI) is a big player in Belarus through its Priorbank subsidiary.

EU leaders meet next Thursday for a scheduled summit. It was not yet clear if they will approve the deal agreed by expert officials.

“With this agreement the EU is sending a clear and targeted signal against the Belarusian regime’s unbearable acts of repression,” the Austrian foreign ministry said in a statement.

President Alexander Lukashenko, in power since 1994, has argued that the journalist pulled off the plane on May 23, Roman Protasevich, had been plotting a rebellion, and he has accused the West of waging a hybrid war against him.

The EU, NATO, Britain, Canada and the United States have expressed outrage that a flight between EU members Greece and Lithuania was pressed to land in Minsk and authorities then arrested the 26-year-old exiled dissident with his 23-year-old girlfriend.

EU experts tasked with drawing up sanctions agreed on a ban of exports from the bloc of any communications equipment that could be used for spying, and a tighter arms embargo to include hunting rifles.

They also agreed restrictions on EU purchases from Belarus of tobacco products, as well as oil and oil-related products, and a ban on importing potash, a major Belarusian export.

There will be exemptions in the financial sanctions for humanitarian purposes, while private savings of Belarusian citizens will not be affected, one of the diplomats said.

Closely allied to Russia, which sees Belarus as a buffer country against NATO expansion, Lukashenko has been impervious to foreign pressure since disputed elections last August, which the opposition and the West say were rigged. Massive street protests have had little impact on his grip on power.

The EU has already imposed three rounds of sanctions on individuals, including Lukashenko, since last year, freezing their assets in the EU and banning travel. On Monday, foreign ministers will approve another round, with 78 people and eight entities to be blacklisted, diplomats said.

EU governments now want to hit sectors that are central to the Belarus economy, to inflict real punishment on Lukashenko.

Exports of potash – a potassium-rich salt used in fertilizer – are a major source of foreign currency for Belarus, and state firm Belaruskali says it produces 20% of the world’s supply.

The EU statistics agency said the bloc imported 1.2 billion euros ($1.5 billion) worth of chemicals including potash from Belarus last year, as well as more than 1 billion euros worth of crude oil and related products such as fuel and lubricants.