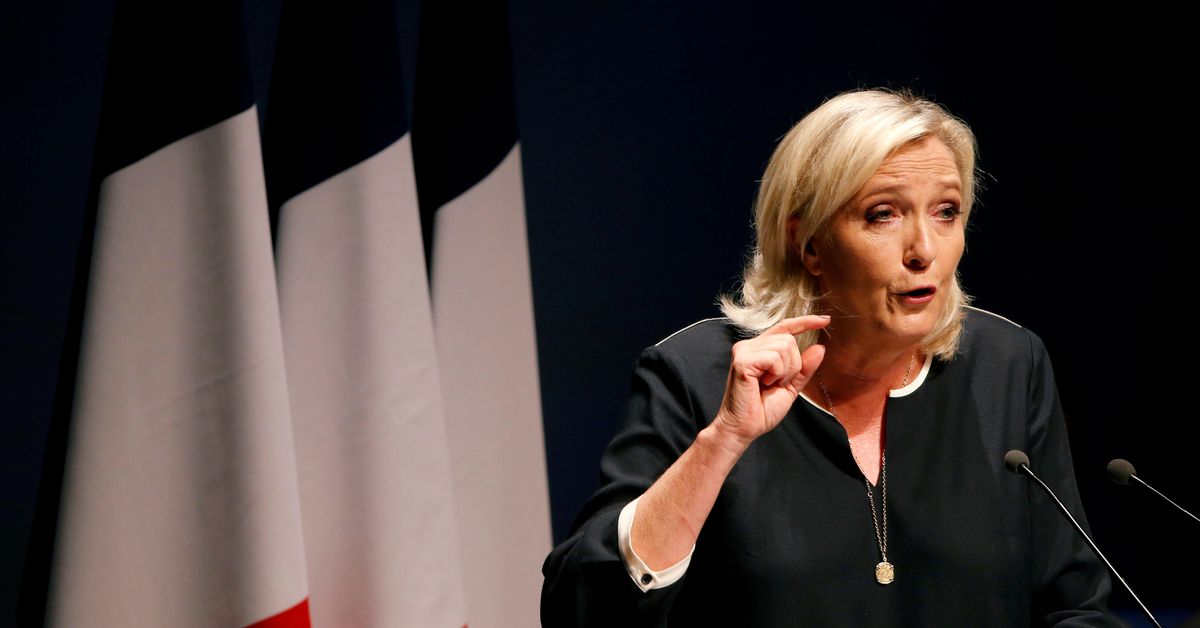 PARIS, June 20 (Reuters) – French voters went to the polls on Sunday in regional elections that will test the appeal of far-right leader Marine Le Pen’s softened image less than a year before the next presidential election.

Coming after a gruelling year and a half of lockdowns, curfews and restrictions, Sunday’s first round is likely to prove dire for President Emmanuel Macron, whose party is projected to win none of mainland France’s 13 regions.

Boosted by a resurgence of law-and-order issues during the campaign, despite the fact French regions have no police powers, Le Pen is hoping to capitalise on a rebrand that has seen her ditch promises of “Frexit” and inflammatory rhetoric.

“She appears less extreme in the eyes of the French, less dangerous for democracy, than she did a decade ago,” Brice Teinturier, an analyst with pollster IPSOS told Reuters.

The best chance for her Rassemblement National party is in the south of France, the region around Marseille and Nice, where one of Le Pen’s lieutenants, a former conservative minister, is projected by one opinion poll as winning the race even if all parties rally against him.

Gaining one region, for the first time ever, would give Le Pen a major boost less than a year before presidential elections, and would be a slap in the face for Macron, who has painted himself as a bulwark against the far-right.

“If the choice is effectively between the Rassemblement National and the centre-right, like Mr. Macron, personally I will not vote (in the presidential elections),” film director Emmanuel Barraud, 61, told Reuters outside a polling station in Paris.

“I think we must accept that the game is over, and we must start preparing for the future and the future is reconstructing a real Leftist party.”

The far-right is also likely to do well in two other regions, around Calais in the north and in Burgundy, helped by low turnout in a country whose attention is shifting to summer holidays to forget the pandemic.

In the north, the incumbent and frontrunner to become the conservatives’ candidate in the presidential election, Xavier Bertrand, is facing Le Pen’s party spokesman and Macron’s justice minister.

Whether Macron’s party reaches the 10% threshold will determine if it can force Bertrand into an alliance to defeat the far-right, which would undermine his pitch as Macron’s opponent-in-chief in 2022.

However, a win for Bertrand would bolster his chances of becoming the conservatives’ presidential candidate. Macron aides see the one-time health minister as a rival who would erode the president’s centre-right voting base.

Results of Sunday’s first round will send parties into frantic backroom dealing for two days to strike alliances ahead of June 27’s final round.

“I came to vote so that the totalitarian parties like the France Insoumise (far-left), or the Greens or the Rassemblement National – don’t win,” said Vincent Thomas, a 52-year-old artist who was also voting in Paris.