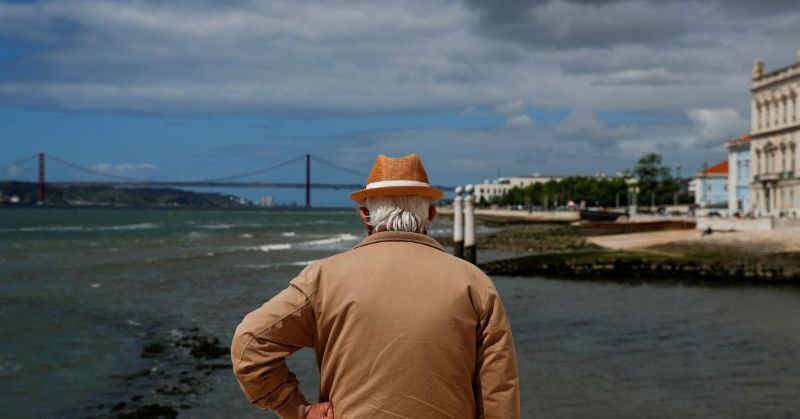 LISBON, June 18 (Reuters) – As a three-day coronavirus travel ban came into force around Lisbon on Friday afternoon, drivers stopped by police asking them their reason for travelling said they felt concerned about the worrying rise in infections .

People living in the 18 municipalities of Lisbon’s metropolitan area will be banned from leaving from 3 p.m. on Friday until 6 a.m on Monday. Those living outside the area will not be allowed in. read more

Portugal, population 10 million, posted over 1,000 new COVID-19 cases for the third day in a row on Friday and the number of daily infections are back to late February levels, when the country was still under lockdown.

Most new cases were reported in the Lisbon area.

A lockdown was imposed in January to tackle what was then world’s worst coronavirus surge but most restrictions have since been lifted. The jump in infections comes less than a month after Portugal opened to visitors from the EU and Britain.

The government has come under fire for allowing two mass gatherings of football fans to take place last month, including the Champions League final between two English teams in Porto. read more

In a report on Friday, health institute Ricardo Jorge said the Delta coronavirus variant, which was first identified in India but is rapidly spreading in Britain, was likely to become the dominant variant in Portugal over the next weeks.

On highways around the Lisbon region, police stopped drivers and asked them why they were travelling. Most had a valid reason, including work. But some of the drivers were not impressed with the new rule.

“It doesn’t make sense for this measure to only be in place during the weekend – the virus circulates all week,” said 43-year-old Sergio Ribeiro after the police gave him the green light to continue his journey.

Antonio Alfaiate, who was also stopped by police as he made his way out of Lisbon, has already been vaccinated against COVID-19 but the recent spike in infections has scared the 69-year-old.

“The situation is complicated and we need rules because if we don’t the virus will spread again and we will be worse off than we were in the past,” a visibly worried Alfaiate said.

Portugal’s health system was on the verge of collapsing earlier this year and some hospitals in the city are already gearing up to treat more patients if needed. The number of people in hospital has increased in recent days.

The Ricardo Jorge institute also said on its Friday report that the virus was now spreading with “intensity” and the pressure on the health services was growing, particularly in Lisbon.