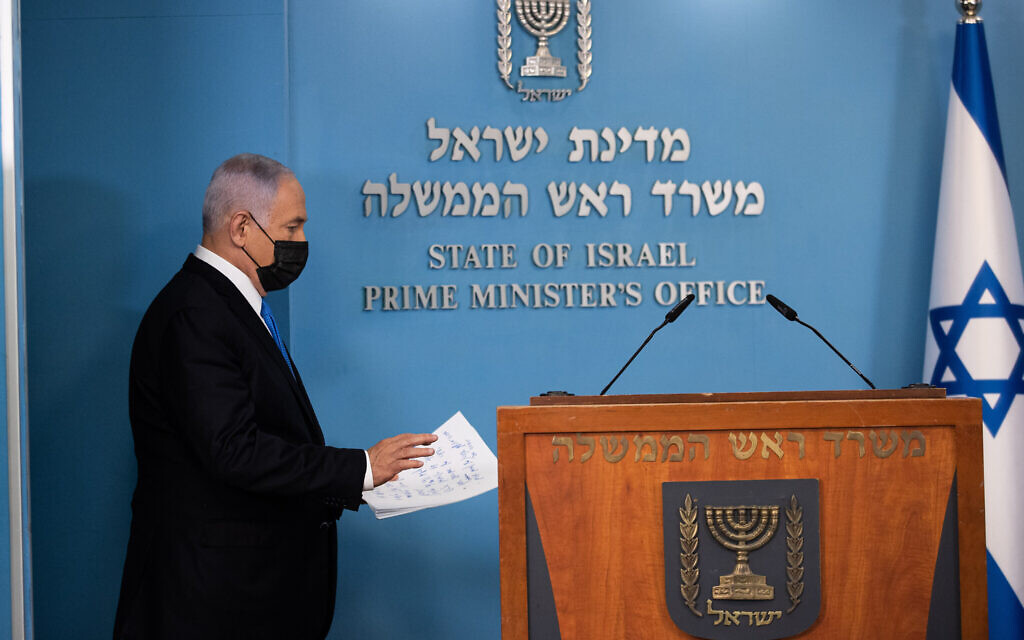 Workers in the Prime Minister’s Office claim there was a significant amount of document shredding in the hours before the transfer of power from Benjamin Netanyahu to Naftali Bennett and the new government last week, Channel 12 news reported Sunday.

According to the unnamed employees, it was those closest to Netanyahu who carried out the shredding and not regular office clerks.

The PMO’s security officer is set to begin a probe of the matter and Attorney General Avichai Mandelblit will also be involved in the inquiry, the station reported.

Earlier Sunday, the Haaretz newspaper, which first reported the alleged shredding, said the probe will be an initial examination of the allegations and not an official investigation.

However, that report said a formal investigation could be opened if deemed necessary and could be held under the auspices of an external body such as the Defense Ministry or the Shin Bet security service.

Last week, Haaretz reported that aides in the PMO shredded some documents that were stored in safes in an inner sanctum of the office where Netanyahu and other top officials had desks, at the behest of the Likud leader. The alleged act took place hours before the Knesset voted to install a new government headed by Bennett, removing Netanyahu from power after 12 years.

While it is not known what was in the documents that were allegedly shredded, the safes normally held papers relating to senior officials’ work schedules, routine government activity, and more, Haaretz reported.

By law, any documents relating to government work are state property and are to be preserved and archived. According to the report, at least some such documents were handed over to Bennett’s staff to be filed away or used as needed.

Netanyahu’s Likud party has denied the shredding allegations as “totally false,” saying in a tweet that the claims are “absurd” and that all documents have been preserved digitally.

“The media which always attacked us by claiming that it is its job to criticize the government is now working to give the regime a pass and attack the opposition with false and ridiculous claims,” the party said in a tweet, which was shared by Netanyahu.

In response to the reports, the incoming head of the Knesset’s Constitution Law and Justice Committee, Labor MK Gilad Kariv, said the alleged shredding would not only be illegal but a “total deviation from standard operating procedures.”

Kariv wrote to Mandelblit, requesting he open a probe into the allegations. “This matter demands a swift and fundamental investigation as it touches on the heart of democratic life… and also matters of national security.”