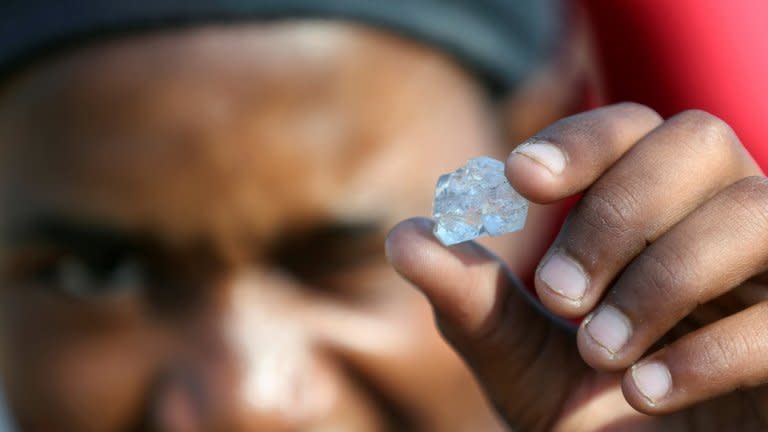 The South African government says that stones found in a village last month are not diamonds but quartz.

A cattle herder first uncovered the stones in KwaZulu-Natal province. It prompted thousands to rush to KwaHlathi village, more than 300km (186 miles) south-east of Johannesburg.

But after conducting tests, officials have said the stones are quartz crystals, which are far less valuable.

After feldspar, quartz is the most abundant mineral in the Earth’s crust.

“The tests conducted conclusively revealed that the stones discovered in the area are not diamonds,” a local government statement reportedly said.

The rush occurred in one of South Africa’s poorest regions.

The country – which already suffers from high levels of economic inequality – has seen a surge in joblessness amid the ongoing coronavirus pandemic.

According to Johns Hopkins University data, South Africa has recorded more cases than any other country on the continent, with 1.8 million confirmed infections and nearly 60,000 deaths reported.

The discovery of what was believed to be diamonds in KwaHlathi exposed deep frustrations of communities desperate to find a way out of poverty.

Studies carried out in the area have revealed that the site where the stones were found is geographically located on the edge of the Karoo dolerite sill, which is not in a zone where diamonds are normally found.

The council for Geoscience will be carrying out further studies to find out if there are any other minerals that may create jobs and improve the lives of tens of thousands of people who live in the area.

The government has asked people to stop digging because illegal mining practices have a negative impact on the environment.