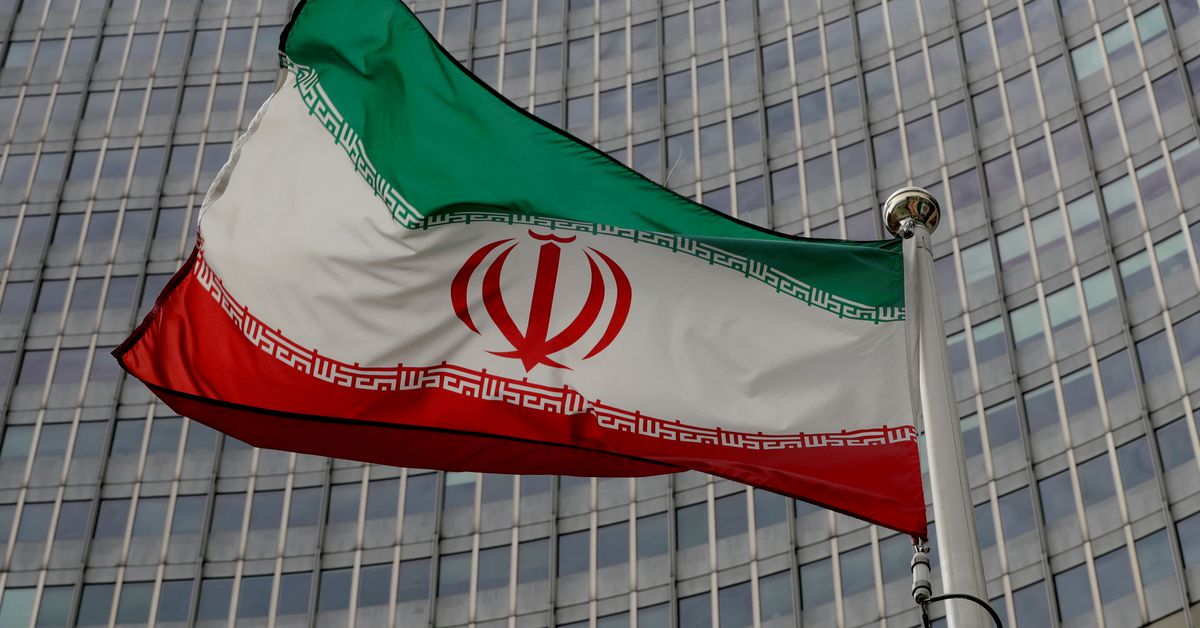 DUBAI/BERLIN, June 23 (Reuters) – Iran said on Wednesday the United States had agreed to remove all sanctions on Iran’s oil and shipping but Washington said “nothing is agreed until everything is agreed” in talks to revive the 2015 Iran nuclear deal.

The remarks by outgoing President Hassan Rouhani’s chief of staff Mahmoud Vaezi echoed previous assertions by officials in Rouhani’s pragmatist camp that Washington is ready to make major concessions at the nuclear talks in Vienna that began in April.

The indirect talks adjourned on Sunday for consultations in capitals, two days after Iran held a presidential election won by hardliner Ebrahim Raisi, the Iranian judiciary chief subject to U.S. sanctions. Raisi is due to replace Rouhani in August.

Iran struck a deal with major powers in 2015 to curb its uranium enrichment program, a possible pathway to nuclear arms, in return for the lifting of U.S., EU and U.N. sanctions.

Then-U.S. President Donald Trump abandoned the deal in 2018 and reimposed harsh sanctions, prompting Tehran to start violating some of the nuclear limits in 2019 while sticking to its position that it had no nuclear weapons ambitions.

U.S. President Joe Biden aims to restore the deal, but the sides disagree on which steps need to be taken and when, with the key issues being what nuclear limits Tehran will accept and what sanctions Washington will remove.

“An agreement has been reached to remove all insurance, oil and shipping sanctions that were imposed by Trump,” Vaezi was quoted as saying by Iranian state media.

While acknowledging negotiators sometimes draw up draft texts, the U.S. State Department said there would be no agreement until all matters had been resolved.

“During negotiations of this complexity, negotiators try to draft text that capture the main issues, but again, nothing is agreed until everything is agreed,” a State Department spokesman said on condition of anonymity.

“We are making progress but there are still some nuts to crack,” Maas told a news conference with U.S. Secretary of State Antony Blinken. Maas said a deal was possible even after the election of Raisi, an implacable critic of the West.

French Junior Foreign Minister Franck Riester told lawmakers time was running out to reach a deal and he suggested one might not be struck quickly.

“Difficult decisions will need to be made in the coming days or weeks if these negotiations were not to move forward.”

Vaezi also said Washington had agreed to take some senior Iranian figures off a blacklist.

“About 1,040 Trump-era sanctions will be lifted under the agreement. It was also agreed to lift some sanctions on individuals and members of the supreme leader’s inner circle.”

The State Department did not directly comment on this.

Some Iranian officials have suggested Tehran may prefer an agreement before Raisi takes office to give him a clean slate and allow him avoid blame if problems arise.

Iran and the IAEA reached a three-month accord in February to cushion the blow of Tehran’s decision – another response to the U.S. withdrawal from the nuclear agreement – to scale back its cooperation with the U.N. watchdog by ending extra monitoring measures introduced by the 2015 deal.

Under the February accord, which on May 24 was extended by a month, data continues to be collected in a black box-type arrangement with the IAEA able to access it only later.

Reporting by Parisa Hafezi in Dubai, Humeyra Pamuk in Berlin and John Irish in Paris Editing by Mark Heinrich