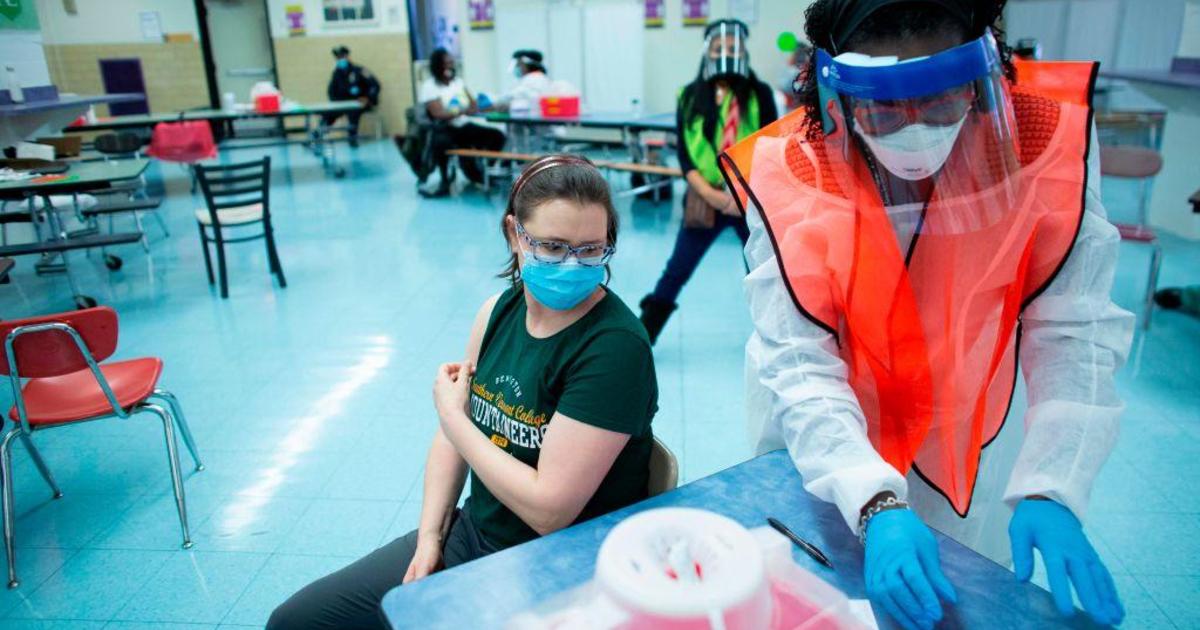 Washington — Top U.S. officials acknowledged Tuesday that the U.S. will not meet President Biden’s goal of having 70% of American adults receiving at least one COVID-19 vaccine dose by July 4. But White House coronavirus response coordinator Jeff Zients announced that the U.S. has vaccinated at least 70% of U.S. adults ages 30 and older.

“We think it’ll take a few extra weeks to get to 70% of all adults with at least one shot, with the 18-26-year-olds factored in,” Zients said.

“As Jeff has said, our aspirational goal for July 4th was 70% of the adult population receiving at least one dose. But that is not the goal line, nor is it the end game. The end game is to go well beyond that, beyond July 4, into the summer and beyond, with the ultimate goal of crushing the outbreak completely in the United States,” Fauci said during Tuesday’s briefing.

While 16 states and the District of Columbia have reached the president’s goal of vaccinating 70% of their adult populations or more, many states, particularly some in the South, are lagging far behind that goal. That means 34 states have not met the target of 70% of adults vaccinated.

So far, 65.4% of U.S. adults have had at least one shot, according to data from the Centers for Disease Prevention and Control, and more than 150 million Americans are fully vaccinated. Zients said Tuesday the U.S. has more work to do to encourage 18- to 26-year-olds to get vaccinated.